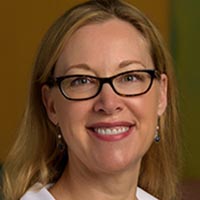 Which patients with epilepsy are candidates for surgery?

Epilepsy is a disease that typically is treated by neurologists. But in approximately 10 percent of patients, epilepsy becomes intractable – meaning that despite medications and other types of treatments, the seizures are uncontrolled.

Children with intractable epilepsy can have many seizures every day. Because the seizures (as well as the strong medications they’re on) make it very difficult for these kids to learn, form memories, or progress, the condition can be devastating. In addition, seizures themselves can be life-threatening.

At UT Southwestern, patients with intractable epilepsy are managed by an experienced team that includes epileptologists (neurologists who specialize in treating epilepsy), neuroradiologists, and neurosurgeons like myself.

These patients are monitored and rigorously tested to determine whether their seizures originate from all over the brain or from one particular area. Once the source of the seizures has been identified, we work together to decide the best next step for each patient.

In a number of patients with intractable epilepsy, that best next step is surgery.

What types of surgery do you perform to treat intractable epilepsy?

There are a number of procedures I perform in select patients whose seizures arise from a particular area of the brain, depending on the area and several other factors.

In addition, I’m one of only a few pediatric neurosurgeons in the U.S. who specializes in performing functional hemispherotomies.

What is a functional hemispherotomy, and how does it control seizures?

A functional hemispherotomy is a complex surgery appropriate for some patients with intractable epilepsy whose seizures originate in one half (hemisphere) of the brain.

The functional hemispherotomy is technically a more difficult surgery than resection, but because it has a significantly lower complication rate, it’s safer for patients.

I’ve successfully treated more than 30 patients, both children and adults, with this pioneering procedure – and that’s virtually every procedure of this type that has been done in Dallas.

How do your patients do after a functional hemispherotomy?

Because our team does such a good job of selecting candidates for the functional hemispherotomy, more than 95 percent our patients who undergo this surgery do not have seizures again.

They’re also able to come off of most of their medications, which lifts that fog they’ve been living in. It’s absolutely life-changing for these patients and families.

The functional hemispherotomy enables many people who would have continued to be disabled by their epilepsy to develop and live independently quite well.