Dr. Magdalena Espinoza certainly won’t forget Dec. 3, 2019, any time soon. That was opening day at UT Southwestern Medical Center at Frisco, where she set an unofficial record for the most patients seen in one day at the new facility.

“You usually expect it to be slower, because when you first open not many people know about you,” Dr. Espinoza says. “But I was truly fully booked, which is so exciting because it speaks to the great demand for quality GI care in the Frisco area.”

Ever since that first day, Dr. Espinoza has been on a whirlwind, but she took a few minutes to tell us about her journey from Phoenix, Ariz., to UT Southwestern, where she is a Faculty Associate in the Department of Internal Medicine, specializing in gastroenterology and hepatology.

She also discussed her love of languages, her hard-working parents, what attracted her to the GI tract as a specialty, and how she puts patients at ease when talking about sensitive digestive issues.

Tell us a bit about your background and what brought you to UT Southwestern.

“I was raised in Phoenix by my parents, who came to the U.S. when they themselves were very young. From an early age, as I learned Spanish and English, I had a clear fascination with languages. I helped translate for my parents when I was just a kid, and I would go on to learn French in high school. It would become one of my dual majors in college. I added Italian to the mix, but I’m most fluent in French, Spanish, and English.”

When did you know you wanted to become a doctor?

“My parents were incredibly hard-working people, always having to work multiple jobs, but I knew it was going to be very difficult for them to afford to send me to college. I felt an obligation to them to study hard and eventually earned a full scholarship to Arizona State University. I started out wanting to become a French teacher, but then I fell in love with biology and immediately got on the medicine track. I met my husband in medical school, and he did his fellowship work at UTSW in hematology and oncology. That’s what brought me here.”

What got you interested in gastroenterology as a specialty?

“Initially, I wanted to go into primary care with a residency in internal medicine. But then I encountered this phenomenal mentor, Dr. Frederick Ruymann, chief of the GI department at Mount Auburn Hospital in Massachusetts, and I discovered such a joy in that department. You could see the level of happiness they had in helping patients. I was just so inspired by the possibilities of the GI field.” 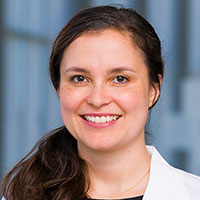 How do you connect with patients who are embarrassed talking about digestive issues?

“It needs to be normalized. In the somewhat limited time I have with my patients, I have to create an immediate rapport and let them know my office is a safe space where they can be honest with me about any sensitive subject. The more comfortable the patient is telling me what’s bothering them, the more I can help. I always tell my patients the GI system can be closely connected to how you feel. Honestly, if you are emotionally stressed it will manifest itself in the GI tract.”

What about colonoscopies? Is there still an apprehension about those?

“It has improved over time, especially when you have celebrities actually showing you their colonoscopies on TV. My approach is that I explain a colonoscopy can be a truly lifesaving procedure. It is one of the few procedures in medicine where we can diagnose a condition, by doing a biopsy on a polyp, and then remove it then and there. And through that procedure we’ve hopefully avoided colon cancer, which is the second-leading cause of cancer death in the U.S.” 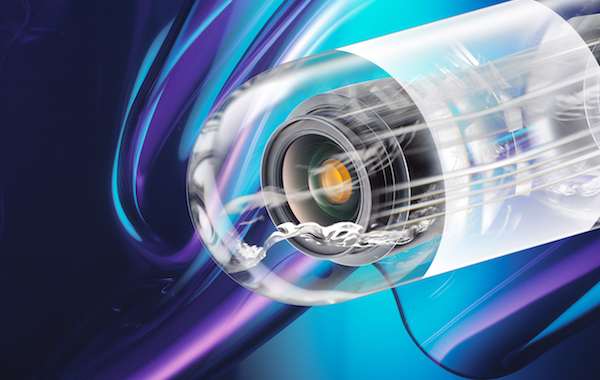 Can you give us an example of leading-edge technology at UTSW Frisco?

“My Frisco patients have been intrigued by the PillCam – basically a camera the size of a fish oil pill that the patient swallows and has the ability, on its 12-hour trip, to take pictures of the entire digestive tract with a special focus on the small bowel – an organ a traditional colonoscopy or endoscopy can’t quite explore with nearly the same accuracy. The PillCam isn’t necessarily new, but it has evolved and gotten better, and it is a great way to detect very small lesions.”

What are some under-the-radar health dangers in your area of expertise?

“Over the last 15 years, I would say it’s the worrying amount of fat deposits forming on the liver. It’s called “fatty liver,” and because we’re facing a growing problem of obesity in general and a possible outcome of scarring of the liver, it is something we should pay more attention to. Fatty liver is becoming one of the main reasons we are seeing an increase in liver transplants.”

What will UT Southwestern Frisco provide to the residents in the area?

“It is such a comprehensive facility that all of your GI needs can be taken care of in one place. Instead of the patient having to go here and there, it really will be a one-stop shop in Frisco, especially with the hospital right next door. Being so full starting on the first day speaks to the great demand for GI care in the community. What really resonates with me is that I am now in a place where I can help more people, which is the reason I went to medical school in the first place.”