Trapper Lalli has been dealing with some pretty big life changes in 2019.

In June, he and his wife welcomed their first child, a sweet boy who is now 6 months old.

And on Dec. 3, Dr. Lalli, an orthopaedic surgeon with advanced training in foot and ankle injuries, began practicing closer to home at UT Southwestern's new medical center in Frisco. (He certainly won't miss the daily commute to downtown Dallas.)

But for Dr. Lalli, there is one constant in his life:

People will always ask about his name.

How did you get the name Trapper?

“My dad was a taxidermist. When I was born, that was his favorite thing to do. Looking back, it wasn’t really a well-thought-out plan by my parents. But it is my given name. Not a nickname.

“A lot of patients wonder if my parents were big fans of the TV show “M*A*S*H*” (which featured a military doctor named Trapper), but I don’t think my dad ever watched that show. He just liked the name. One good thing about the name Trapper, not many people forget it.”

Where did you grow up?

“Erie, Pennsylvania. Quite a difference from Texas.”

Did you have a lot of sports injuries and visits to the orthopaedic doctor?

“I played a lot of baseball growing up, and I did have a shoulder injury that ended my baseball career. In college (at West Virginia University), I got into weightlifting and started to get interested in studying the human body.”

When did you know you wanted to be doctor?

“I always kind of had it in the back of my mind, but I didn’t have anyone in the family who was a doctor, so it just seemed like this dream that wasn’t achievable. In college, I switched majors to biology and that’s when I decided to go for it.”

How did you end up specializing in orthopaedics?

“Growing up I was always very interested in art and creativity, so initially I was thinking about plastic surgery. Then I met some of the orthopaedic doctors during my surgery rotation, and I really came to understand that creativity can be applied to bones and fixing fractures.

“Plus, we have the coolest tools.”

When did you arrive at UT Southwestern?

“After completing a foot and ankle fellowship (at the University of Pittsburgh Medical Center) in 2016, we moved to Texas. We chose Frisco knowing the new medical center was going to come in. We wanted to get involved in the community and put down roots. We really like it here. There are new things every week – new restaurants, new stores, new neighbors.”

What will UT Southwestern coming to Frisco mean?

“I think it’s going to be huge. Our campus will become the go-to medical facility in the area. We’ll have the top specialists, doctors who can help patients eliminate the unknown they sometimes feel at other places. We treat everyone as if they are family. That will be especially true in Frisco, because it will be a tight-knit group of physicians all working together.”

What’s the most advanced technology you’ve been working with lately?

“I think the most impressive thing we have available right now is 3D printing. I can get a CAT-scan of somebody’s ankle and have a custom-designed replica bone made out of metal that will be a perfect match to their anatomy.

“In the past, we would’ve treated a shattered talus bone – the bone that connects the foot to the ankle – with fusion surgery, which is essentially sticking the ankle and heel bone together. Now, I can implant the 3D replica and it’s a life changer.”

What other sorts of conditions does a foot and ankle specialist treat?

Any advancements in the treatment of something as common as bunions?

Yes. For years the surgical treatment for bunions – a protruding bump that forms at the base of the big toe – was a bunionectomy, which cut the metatarsal bone and re-aligned it. Recovery time was six weeks, at least. Now we use Lapiplasty, which rotates the metatarsal bone and returns it to the original position, and we secure it with a titanium harness. The patient can be walking the next day. It’s another game changer.

What do you enjoy most about treating foot and ankle conditions?

The specialty allows me to think outside the box to fix something that others can’t. Where I trained, I had a mentor who was a foot and ankle specialist and he helped me see the possibilities. As a surgeon, it satisfies my need to integrate art and creativity into my work.

What are some of your other creative outlets?

Photography, for sure, and right now I’ve got the best 6-month-old subject. 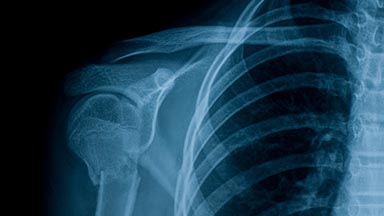 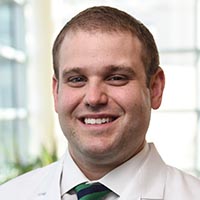