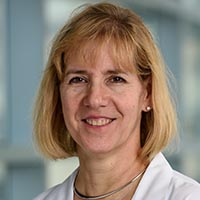 What do people need to know about adult congenital heart disease?

Congenital heart defects are the most common birth defect. Traditionally, congenital heart disease treatment has been managed exclusively by pediatric cardiologists. People mistakenly think these patients are “fixed” as children and that when they grow into adults we don’t have to worry about them too much. But this is not the case.

Adult congenital heart disease patients are an underserved population. They require multidisciplinary care. I’m very proud of the program we have developed at UT Southwestern and the collaboration we have between pediatric and adult cardiac surgery, as well as with our colleagues in pulmonary hypertension, maternal-fetal medicine, and cardiac anesthesia.

What considerations do women who are pregnant and have adult congenital heart disease need to be aware of?

Many young women with congenital heart defects have to decide whether it is safe for them to have a pregnancy. Education is extremely important.

With females of childbearing age, we discuss the risks of pregnancy. She will need to know if, because of her condition, she can have a successful pregnancy and delivery. It’s very important for a woman to understand if she is at increased risk for miscarriage or delivery of a premature infant. There can be risks to a developing fetus due to medications a patient may be taking for her condition. In some cases, pregnancy could make a woman’s adult congenital heart disease status worse.

We try to counsel patients before they get pregnant, but if they are already pregnant when they come to our clinic, we counsel them about the risk of the current pregnancy. We follow them closely throughout their pregnancy, working in tandem with maternal-fetal medicine specialists, and we’ll be there at the time of delivery to monitor her and her baby.

Why are some cases of congenital heart disease not caught until adulthood?

In some cases, the signs can be missed in childhood. With atrial septal defect (ASD) – one of the more common forms of congenital heart disease – some patients will have a soft murmur. Their second heart sound will actually have two sounds to it – the aortic and pulmonary valve closures aren’t synchronized. This is called a fixed-split second heart sound.

It’s a really subtle thing to listen to, especially in a screaming 3-year old, so those are frequently missed in childhood. ASDs are more common in women, and it’s not uncommon for a woman who is pregnant to be referred to us by her obstetrician. In those cases, we let the mother get through the pregnancy and then we try to close the ASD.

Often, missed congenital heart disease can be due to problems in access to health care. People might be aware that something is wrong with them, but they just didn’t have access to care – whether that means they didn’t have a doctor who had the skills for detection or they didn’t have a clinic near them to see a doctor in the first place, or maybe they couldn’t afford to see the doctor. Later on, perhaps in their teens, 20s, or 30s, they finally have access and they decide they want to find out what is wrong and what they can do about it.