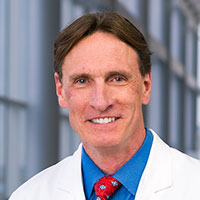 Is there one bariatric procedure that’s better or more popular than the others?

It depends on what’s right for the patient. The gastric bypass – a procedure that surgically bypasses a portion of the small intestine – is sort of the gold standard because it’s been studied more and done more than any other procedure. Historically, in the 1980s the gastric bypass was the number one procedure, and in the ‘90s it became laparoscopic. In 2001, the FDA approved the band, so laparoscopic adjustable gastric banding became an option. More recently, in the last couple of years, the laparoscopic sleeve gastrectomy – a procedure that involves removing a large part of the stomach, leaving only a “sleeve” of it – has become popular. So that’s sort of the lay of the land, and the different procedures are better suited for different patients.

At UT Southwestern, we offer all of them, and for anyone interested we give a seminar every other week here on campus. We just explain the different types of operations and the benefits and risks each procedure has. In my practice, I’ve focused exclusively on the Lap-Band.

Why does Lap-Band weight loss surgery interest you most?

It’s the safest procedure, and it’s reversible, but it’s also the one that requires the most patient compliance. When it’s done right, though, it’s very effective. I’ve had people who’ve come in to the office in wheelchairs because of their obesity, and a year later, after the surgery, they’re walking. It’s pretty dramatic. I’ve had people come in being on insulin or on breathing machines because of their obesity, and when they lose their weight that changes. So it’s very often life-changing.

Are you involved in any clinical research related to your specialties?

My current two open research projects involve bands in bariatrics. One, being conducted at Children’s Medical Center, involves doing Lap-Band weight loss surgery on teenagers. It’s research protocol because currently the FDA does not approve the Lap-Band for anyone under 18 years old. Under this protocol, though, we’re studying the benefits of doing it for patients as young as 15.

What’s the theory behind that research

Well, there are some in high school who are really debilitated by their weight, and research has found that if you’re able to decrease fat in a teenager, they don’t regrow fat cells for the rest of their lives. Kids who are obese have a whole bunch of fat cells, and once fat cells develop, they’re able to expand and contract, but if you don’t have them to start with, it’s easier to take care of. That’s part of what the research is about – the theory that there’s a benefit to us intervening earlier, before the patient becomes really obese.

I saw two patients recently, both 16-year-olds, and they each weighed 300 pounds. So, for these two, we’re going to change their lives. Can you imagine being a sophomore in high school and weighing 300 pounds and then coming back the next year and weighing 150? How much would that change your life?