Dr. DuVal is originally from New York and completed her undergraduate degree at Cornell University.  After graduating medical school at the Royal College of Surgeons in Ireland in 2006, she did her residency in Internal Medicine at Baystate Medical Center in Springfield, Massachusetts. Following this, she worked as a hospitalist for two years in Massachusetts. During her residency, she developed a strong interest in geriatrics and was the president of the resident’s section of the American Geriatrics Society. She moved to Dallas Texas in 2011 to pursue a fellowship in Geriatrics at UT Southwestern, which she completed in 2012. After fellowship, she joined the faculty as an Assistant Professor and works at the Aston Center Geriatrics clinic in addition to seeing home bound patients as part of the house calls program. Dr. DuVal’s interests outside of medicine include spending time with her family and pets, traveling, and cooking. 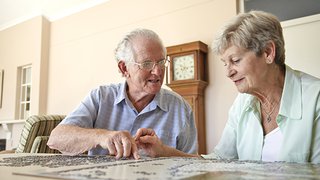