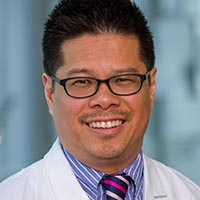 The key is that this is noninvasive through a mask rather than requiring a surgical placement of a tracheostomy tube. However, NIPPV isn’t effective for everyone, and we also manage patients requiring respiratory support through a tracheostomy and mechanical ventilation.

What is obstructive sleep apnea and what are its effects?

Obstructive sleep apnea (OSA) is a condition in which the upper airway collapses at night.

In the U.S., it’s often associated with obesity. Some studies estimate 25 percent of men and 9 percent of women have at least mild obstructive sleep apnea.

If patients are loud snorers, have observed breathing pauses, or complain of excessive daytime sleepiness and have other cardiovascular comorbidities, they should be evaluated for sleep apnea.

OSA leads to oxygen desaturations and micro-arousals from sleep. It ultimately results in daytime fatigue and hypersomnolence (excessive sleepiness).

People with severe sleep apnea have an increased risk of cardiovascular diseases, including hypertension, coronary artery disease, and stroke.

What are common misconceptions about obstructive sleep apnea?

One of the biggest misconceptions is that obstructive sleep apnea is associated only with obese patients. While obesity is common among OSA patients, it can happen in people who have normal weight. It has to do with the jaw anatomy.

It can also occur in patients with other diseases, such as Down syndrome. We are one of the few Centers that works with adult Down syndrome patients who have obstructive sleep apnea.