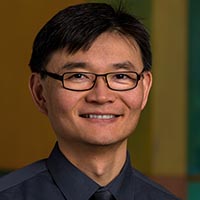 Anemia is a condition in which there aren’t enough oxygen-carrying red blood cells in the bloodstream.

Only a small percentage of anemias are caused by primary bone-marrow diseases; the vast majority are the result of something else going on in the body.

These underlying causes of anemia include chronic bleeding (due to conditions such as bleeding ulcers and very heavy menstrual periods); chronic inflammatory disease, which can suppress the function of the bone marrow, where red blood cells are produced; and kidney disease, which can hinder the production of erythropoietin, a hormone that helps regulate red blood cell production.

Anemia also can result from conditions that cause decreased production or increased destruction of red blood cells.

What are the symptoms of anemia?

Symptoms of anemia can include fatigue, weakness, dizziness, paleness, and jaundice (yellow skin) caused by the breakdown of red blood cells.

People with severe anemia can experience shortness of breath or chest pains.

What are the different types of anemia?

Anemias caused by an increase in the destruction of red blood cells include autoimmune hemolytic anemia (in which the immune system makes antibodies that destroy the cells) and a number of conditions not influenced by the immune system.

Those nonimmune-mediated anemias include rare diseases such as paroxysmal nocturnal hemoglobinuria and conditions that cause the mechanical destruction of the cells, such as thrombotic microangiopathy. Defective mechanical heart valves also can destroy red blood cells.

Hemoglobinopathies – including sickle cell disease and thalassemias – are another category of anemias caused by red blood cell destruction.

Other conditions that can cause red blood cells to break down include hereditary cell membrane defects such as spherocytosis and elliptocytosis; defects in the enzymes related to the glycolytic pathway; and deficiencies of those enzymes, such as glucose-6-phosphate dehydrogenase deficiency (G6PD) and pyruvate kinase deficiency.

How is anemia treated?

The treatment of anemia depends on its cause.

Anemias caused by deficiencies of vitamins or minerals – B12 or iron, for instance – can be remedied by getting more of those things in the diet or via supplements.