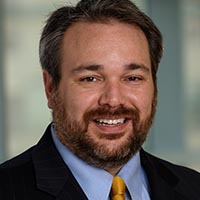 What are autoimmune disorders of the central nervous system?

Within that broad category, there are many conditions – many ways the immune system can become deranged and many different parts of the brain, spinal cord, or optic nerve that can be damaged.

How do they affect a person?

It is often difficult for physicians and patients to communicate about these complex issues. Frequently, health care providers use language that is not easily accessible to non-physicians. Over time I have found it best to explain these conditions in terms of items that people are very familiar with.

An analogy I use to describe the central nervous system is that it essentially works like a stereo. When you want to listen to music, you turn on the power button. That generates the stereo’s electrical signal, which is transmitted by a speaker wire to the speaker. The speaker vibrates, and that transmits the music you hear.

Relating this to your nervous system, when you want to move your right thumb, you must turn on the power to the outer lining of the brain (the stereo). The brain then sends a signal through two nerves (the speaker wire) – one that goes down your spinal cord and one that goes from the spinal cord to the muscle (the speaker) that moves your right thumb.

The speaker wire itself is also made up of two parts – a copper wire on the inside and then insulation around it – and the human body has the same thing. We have an axon or a neuron (the wire) and insulation (myelin) around it. Myelin protects the wire and speeds up the signal getting from Point A to Point B.

Demyelinating conditions arise when the cells in the immune system attack that insulation (myelin) after mistakenly identifying it as a foreign invader such as a virus or bacteria.

Our job is to figure out whether the attack has occurred in the stereo (brain), the wire (nerves), or the speaker (muscle).