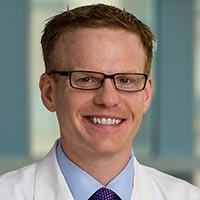 What can patients with interstitial lung diseases, such as idiopathic pulmonary fibrosis, do to help improve their symptoms?

Interstitial lung disease patients are often told that nothing can be done for them, but there are things they can do to help improve their quality of life.

We put a big focus on pulmonary rehabilitation and increasing activity levels. We emphasize to patients that they shouldn't consider themselves invalids. They should participate in a formal, supervised exercise program that is built around them.

And even if there are no medical treatments available, lung transplantation may be an option. We have one of the best lung transplant centers in the nation. Transplant technology has advanced, and we may consider someone for transplant now who would not have been considered before.

What are the most exciting advances in interstitial lung disease right now?

We’re getting close to that first medication that will be used to treat idiopathic pulmonary fibrosis. We have a couple of promising new therapies that have been in phase III trials – all of which we've been a part of at UT Southwestern – and we’re looking forward to the results of those.

Hopefully those findings will open the door to new treatments, either in combination with other therapies or by looking at the mechanism of these new medications in ways that can spur new research on how to use them properly.

IPF is a very specific disease. It’s the most common of the idiopathic interstitial lung diseases, but there’s a long list of other diseases that carry a different prognosis and even have treatments available to them that IPF does not.