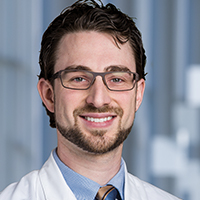 Which kidney conditions can be diagnosed and evaluated with ultrasound imaging?

In many patients the kidneys are very well evaluated with ultrasound.

Ultrasound can be used as a first-line test for many patients with suspected kidney conditions, including kidney stones, urinary blockages (hydronephrosis), blockages of the renal vessels, and for renal cysts or other types of kidney masses.

Why is ultrasound often the preferred modality for imaging the kidneys and other abdominal organs?

Many patients and even physicians, especially in America, think that CT or MRI are better imaging modalities than ultrasound because they’re newer or more expensive.

Ultrasound has also seen a lot of technical advances in the past 10 to 20 years, and in many other countries it’s the primary radiologic modality in most cases. Ultrasound is a very powerful tool, and it’s the right tool for patients with a wide range of conditions.

In addition, because ultrasound uses sound waves to generate images, patients aren’t exposed to radiation as they are with some other imaging modalities.

And because ultrasound often doesn’t require the use of contrast, which CT and MRI frequently do, it’s great for patients who can’t tolerate contrast due to issues such as poor kidney function or allergy.

In ultrasound that is contrast-enhanced – a new technique to evaluate issues such as renal or liver masses – the contrast is actually much safer than what’s used in MRI and CT, so it can often be used in patients with poor kidney function. This is a big reason that contrast-enhanced ultrasound will be an important tool moving forward.