His training and extensive experience with kidney cancers in particular allow him to offer patients the full gamut of options in managing the disease without losing the kidney. Those options include ablation, an outpatient procedure in which the tumor is destroyed with a heated probe, rather than removed surgically. Dr. Cadeddu was the first in Texas to perform the procedure. He also has the most experience in North Texas with laparoscopic and robotic partial or total nephrectomy to remove kidney cancers.

Dr. Cadeddu's experience treating prostate cancer with laparoscopic and robotic techniques spans 20 years, making him one of the most experienced surgeons with these techniques in the state of Texas. He is experienced with the full spectrum of robotic technologies, including the new single port robotic system.

Along with an active clinical practice focused on minimally invasive procedures, Dr. Cadeddu maintains a robust research program aimed at developing new technologies and techniques that will make kidney or prostate surgery even less invasive, while also maximizing kidney function better than what has traditionally been done.

Dr. Cadeddu joined the faculty of UT Southwestern Medical Center, where he is a Professor of Urology and Radiology, in 1999 after receiving his initial medical training and completing residencies in urology and surgery at Johns Hopkins School of Medicine in Baltimore.

As an expert in the treatment of kidney and prostate cancer, Dr. Cadeddu regularly lectures and educates other medical professionals on the latest developments in managing urologic conditions. In 2007, he received the Gold Cystoscope Award from the American Urological Association for his contributions to advances in kidney cancer treatment and the training of numerous academic urologists.  In 2018, he received the Watson Award at UT Southwestern recognizing his outstanding clinical skills and compassionate patient care.

For over a decade, he has been included in D Magazine's Best Doctors list and has been named a Texas Monthly Super Doctor.

When Jeffrey Cadeddu, M.D., was recruited to UT Southwestern Medical Center in 1999, he came because he thought it would be a good place to practice medicine and offer opportunities to do groundbreaking work in the field of urology. He hasn’t been disappointed, nor have his patients, who have gained access to leading-edge procedures pioneered by Dr. Cadeddu.

"We’re not resting on our laurels. We’re continuing to develop new technologies and new techniques. My goal is to continue to push the envelope.”

“I do a lot of research in novel technologies for treating patients with kidney problems and prostate cancer,” he says.

With 20 years’ experience as a urologist, Dr. Cadeddu treats both kidney and prostate conditions. “The kidney and the prostate are the two most complex, challenging operations we do, but both are particularly amenable to minimally invasive techniques,” he says. “With the kidney, the difference between minimally invasive and regular surgery is three to four less days in the hospital and a month to a month-and-a-half quicker recovery.”

Developing groundbreaking techniques and producing good outcomes and quicker recoveries keep Dr. Cadeddu at the forefront of his field. However, he says, it is grateful patients who ultimately are the source of his greatest satisfaction. 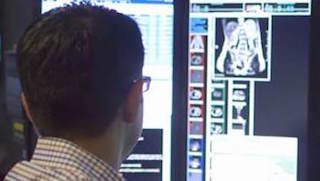