Richard C. Wu, M.D., is a Professor in the Division of Cardiology at UT Southwestern Medical Center. He also serves as the Dallas Heart Ball Chair in Cardiac Arrhythmia Research and the L. David Hillis, M.D. Professor in Clinical Research in Cardiology.

Board certified in cardiovascular disease and clinical cardiac electrophysiology, he joined the UT Southwestern faculty in 2006. He has been named a Best Doctor in America every year since 2009, and has been a D Magazine Best Doctor multiple times.

He has published a number of scholarly articles and book chapters, and has served as a reviewer for publications that include the American Journal of Cardiology and HeartRhythm.

He is a member of several professional organizations, including the American College of Cardiology, the American Heart Association, and the Heart Rhythm Society.

The son of a physician, Dr. Wu has three children.

Cardiologist Richard Wu, M.D., a nationally recognized specialist in evaluating and treating cardiac arrhythmias (heart rhythm disorders), has been at the forefront of using cardiac ablation procedures to treat these conditions for 15 years.

A D Magazine Best Doctor, Dr. Wu also has been named a Best Doctor in America every year since 2009.

“Cardiac arrhythmias affect a broad range of patients – from young children to the elderly – and they often come to us very sick, with a lot of symptoms and sometimes life-threatening conditions,” he says.

“One of the most gratifying things about what I do is helping these people get back to the things they enjoy doing.”

He and his team also see patients referred for conditions such as advanced heart failure and provide expert second-opinion evaluations.

In addition to helping patients, Dr. Wu also enjoys his role as a UT Southwestern professor, mentoring young physicians in training, teaching them his specialty, and tangibly advancing the future of medicine. 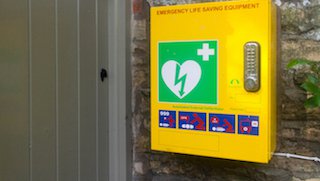