Patient satisfaction is my top priority. As a urogynecology specialist, I treat women with various pelvic floor disorders, including conditions like pelvic organ prolapse, urinary incontinence, overactive bladder, and pelvic pain. With these disorders, women often experience multiple symptoms from overlapping conditions. I listen closely to each patient, determine how the problems might be related, and, together, we develop a strategy to address them.

David Rahn, M.D., is a Professor of Obstetrics and Gynecology at UT Southwestern Medical Center. A urogynecologist, Dr. Rahn treats gynecologic and urologic disorders in women.

He serves on UT Southwestern’s Institutional Review Board and is a gynecology representative on the Infection Prevention and Control Committee at Parkland Health & Hospital System.

Dr. Rahn's latest research focuses on the potentially beneficial effects of local estrogen therapy on the connective tissue of the vaginal wall and the pelvic floor of post-menopausal women.

He has written several book chapters on urogynecology. He is an author and reviewer for medical journals including the American Journal of Obstetrics & Gynecology, the International Urogynecology Journal, Female Pelvic Medicine & Reconstructive Surgery, and the Journal of Women's Health.

Dr. Rahn is a Fellow of the American College of Obstetricians & Gynecologists and is a member of the Society of Gynecologic Surgeons, the American Urogynecologic Society, and the Dallas County Medical Society/Texas Medical Association.

Dr. Rahn was born in Allentown, Pennsylvania, but grew up in Houston. He comes from a family of engineers and eventually married one. He enjoys serving in church with his wife and playing soccer, camping, and building model rockets with their two sons.

"My patients suffer from pelvic floor disorders that adversely affect their quality of life. I'm glad I can help alleviate that. It's gratifying to see them still smiling a year later at their annual checkups."

“In urogynecology, we reconstruct and repair the effects of prior injury or childbirth,” says Dr. Rahn, an Associate Professor of Obstetrics and Gynecology at UT Southwestern Medical Center.

In addition to his clinical duties, Dr. Rahn is involved in clinical trial research that includes a study of local estrogen on the vaginal wall and the pelvic floor of post-menopausal women. The treatment, he says, may help lower the risk of recurrent prolapse.

Dr. Rahn notes that overlapping conditions are common with pelvic floor disorders and that a patient may have several sources of irritation at once. He listens closely and addresses the problems based on the patient’s hierarchy of needs.

“I understand that my patients get frustrated, especially if they have multiple problems that seem to overlap,” he says. “But it takes a good physician or nurse practitioner to determine which problems are related, which are distinct, and which are the most troublesome.” 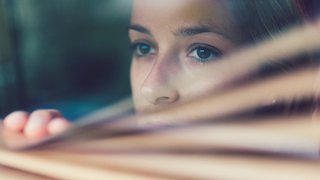 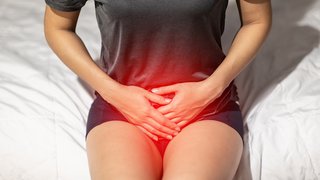 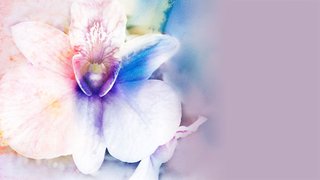 What Women (and Their Doctors) Don't Talk About

One-third of women with urinary leakage are bothered by both stress and urge-associated incontinence. When a patient leaks urine both from physical stress (for example, cough, laugh, or sneeze) and when there is too little warning time and a sudden, strong desire to pass urine results in leakage (so-called urgency urinary incontinence), she has mixed urinary incontinence (MUI). Because MUI includes both types of incontinence (stress and urgency), it is difficult to treat and might need multiple treatments.

A research study that is being conducted in the Urogynecology/ Female Pelvic Medicine and Reconstructive Surgery clinic in partnership with the Pelvic Floor Disorders Network of the National Institutes of Health. This study is called MUSA (Treatment for Mixed Urinary Incontinence: Mid-urethral Sling vs. Botox). It will compare two different methods for treatment: mid-urethral sling surgery for treating stress urinary incontinence, and Botox injections in the bladder for treating urgency urinary incontinence. Both procedures are standard treatments and are not experimental, but the study team wants to see which one will help most for women with both types of incontinence.

You may be eligible for this important research if you are 18 years or older and have bothersome stress and urgency leakage; you are interested in obtaining treatment for your MUI; and you are willing to let the study pick one of the two treatments for you. If you choose to join the study, you will be randomly assigned (like the flip of a coin) to receive treatment for your MUI with either mid-urethral sling surgery or Botox injections in the bladder. Follow-up visits will take place a couple weeks and 3 months after the procedure. At 6 months, your MUI will be assessed for improvement, and we will check-in by phone at 9 and 12 months.

To participate in this important work, please talk to your doctor, or you can learn more about the study by contacting the research coordinators (Agnes/Juanita) at 214-645-3833 / 214-648-2507 or by filling out this form as it will be directed to them.