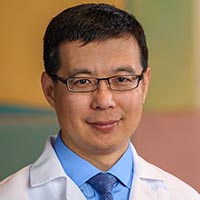 What’s the connection between cerebrovascular conditions and stroke?

Cerebrovascular conditions are those that affect blood vessels in the brain.  They include problems such as narrow, blocked, weak, bulging, and ruptured vessels.

Factors such as high blood pressure, diabetes, and other medical conditions, as well as smoking, certain medications, and genetics can contribute to cerebrovascular condition

Are there different types of strokes?

Yes. There are two types of stroke – ischemic and hemorrhagic – and there are differences and similarities between them. Conducting neurodiagnostic imaging studies, such as CT or MRI scans, is the only way to be certain which kind someone has had.

Both types of stroke stem from a combination of cerebrovascular problems (blocked or ruptured blood vessels, for instance) and cause neuron death in the central nervous system – a condition that cause loss of control of your body.

While both can cause symptoms such as weakness and numbness in the arms, legs, and face, hemorrhagic stroke usually causes a severe headache, as well.

Because hemorrhagic stroke tends to cause more tissue damage than ischemic stroke, the consequences are typically more severe and the mortality much higher.

What can people do to reduce damage if they think they’re having a stroke?

In general, three things influence the amount of damage to brain tissue – and the long-term patient outcome – in someone who has a stroke:

The quality of acute care, in particular, can really make a difference in outcomes for stroke patients. With prompt, expert treatment, even some patients who are paralyzed from a stroke when they arrive at the hospital are able to walk out.