Gift of a lifetime

In the fall of 2013, Chuck Dandridge, then 62, was enjoying life. He and his wife, Johnie, had moved to Mansfield two years previously to be near their children and grandson following Mr. Dandridge’s retirement from the YMCA, an organization he was with for nearly 40 years, the final 11 as President and CEO of the Cleveland County Y in Norman, Oklahoma.

A lifelong fitness buff, Mr. Dandridge was staying active at the local Y by working out most days of the week and volunteering as a mentor for first-time YMCA CEOs. Most importantly, he was spending time with his close-knit family. His “golden years” were proving lustrous.

Then one day while visiting his doctor for a routine cholesterol check, an anomaly was noticed. Lab tests revealed low blood counts, and Mr. Dandridge was diagnosed with myelodysplastic syndrome, also called pre-leukemia or MDS.

By 2014, the disease had progressed to acute myeloid leukemia (AML), which affects about 20,000 people annually. According to the National Cancer Institute, AML is a fast-growing cancer that usually gets worse quickly and is fatal more than half the time.

But in this case the odds were enhanced, thanks to Mr. Dandridge’s indomitable optimism, an experimental treatment at UT Southwestern, and a very special gift from Mr. Dandridge’s son, Jon.

Prior to his initial diagnosis of MDS and even as it progressed to AML, Mr. Dandridge never felt fatigue, dizziness, or other classic symptoms of the disease.

“Even when I was told I was sick, I was still going to the gym four, five, sometimes six days a week, just working out,” he recalls. “The news was tough at first, especially, I think, for my wife and kids, but we had faith that everything was going to be all right. After that first week or two, we just thought, ‘It is what it is.’”

After being diagnosed with AML, Mr. Dandridge was referred to UT Southwestern’s Harold C. Simmons Comprehensive Cancer Center, the only National Cancer Institute-designated comprehensive cancer center in North Texas. There, he met Madhuri Vusirikala, M.D., a UT Southwestern Professor of Internal Medicine and the primary investigator of many UTSW clinical trials related to bone marrow transplantation.

Genetic testing of Mr. Dandridge’s blood cancer cells revealed a specific mutation called IDH2, which causes the body to produce an abnormal protein that promotes excessive cell growth. Dr. Vusirikala suggested a clinical trial designed to target that mutation and stop the abnormal protein from being produced. It would involve Mr. Dandridge taking four pills each morning for the next eight months. He didn’t hesitate to sign up.

“I never had any reservations about clinical trial participation,” Mr. Dandridge says. “I listened very intently to all my doctors’ prognoses and what the potential outcomes were, so it was pretty much a no-brainer. I mean, it was just, ‘Let’s do something to get this thing cured – or at least in remission.’”

A blessing in disguise

“We saw marked improvement,” says Dr. Vusirikala, Director of UT Southwestern’s National Marrow Donor Program. “He did not go into complete remission, but he had an excellent response.”

The experimental drugs had essentially brought Mr. Dandridge back to the pre-leukemia stage, and that success made him eligible for a potentially curative stem cell transplant.

But finding a donor proved challenging.

“The best chance of finding a full match is usually a full sibling,” Dr. Vusirikala notes. Because Mr. Dandridge has no full siblings, and because African-Americans and other minorities are underrepresented in the stem cell donor registry, another option needed to be found. It didn’t take long.

“We knew his daughter and his son would be at least a half-match,” Dr. Vusirikala says. “Using a same-gender donor is preferred because it reduces the risk of complications, so his son, Jon, emerged as the best choice.”

For his part, Jon says there was never even a question.

“It was more just a blessing,” he says. “Giving my dad the same gift of life that he gave me when he brought me into this world was the most amazing feeling a son could have.”

Once Mr. and Mrs. Dandridge were assured that Jon, then 31, would suffer no adverse effects from being the donor, it was all systems go. But there was a final concern for the medical team.

“The risk of graft-versus-host disease (GVHD) following a transplant using a half-match is very high, so we needed a better way to deal with the GVHD risk,” Dr. Vusirikala says. GVHD develops when the donor's immune cells mistakenly attack the patient's normal cells.

The answer involved participating in yet another cutting-edge clinical trial, one that was designed to process the stem cells used in the transplant to reduce the risk of rejection and to use engineered blood cells that could be targeted if GVHD developed after the transplant.

“Again, we had no hesitation about participating in the trial,” Mr. Dandridge says.

‘What else you got?’

The experimental procedure worked and became a medical milestone in the process. After three two-hour infusions at UTSW’s William P. Clements Jr. University Hospital in July 2015, Mr. Dandridge became the first adult in the U.S. to receive a modified stem cell transplant that used genetically engineered blood cells from a family member.

“My skin is my own DNA, but inside I’m all Jon,” Mr. Dandridge says. “I have my son’s DNA in my blood stream, bone marrow, and immune system. ... It was a kind of rebirth.”

More than a year after the landmark procedure, with his AML in remission, Mr. Dandridge takes daily antiviral medication and visits UT Southwestern every three months for follow-up sessions but says otherwise things are back to “better than normal.”

His treatment and recovery were aided by support from his former staff at the Norman Y, who started a “#TeamChuck” campaign and sent bright orange (the color for leukemia awareness) T-shirts, on the back of which is the line Mr. Dandridge used to conclude most meetings during his CEO days: “What else you got?”

He says, in a way, he brought that same directness to being a patient.

“Once we got to UT Southwestern, we felt we were in the right place,” he says. “Dr. Vusirikala made us feel so much at ease and explained the options in a way we could understand. She was never worried about not being able to do a stem cell transplant due to lack of a perfect match. When she said she knew we would want to get a second opinion, we told her we felt like we had all the opinion we needed.”

“Now I’m just glad that others will hear our story,” he adds. “It gets the word out that options exist, and hopefully it will encourage people to pursue those options and not think that a diagnosis of leukemia is necessarily a sentence they can’t recover from.”

The Dandridges' groundbreaking procedure took place a few weeks after Father’s Day, the significance of which was not lost on anyone involved.

That year, Jon gave his dad the gift of a lifetime. 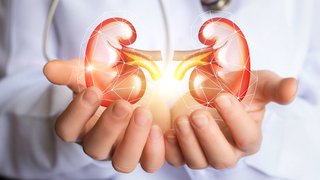