Is ‘pregnancy brain’ real or just a myth?

“Pregnancy brain.” “Baby brain.” “Momnesia.” These terms often are brought up while joking about pregnant women being absentminded. This phenomenon also has long been storyline fodder for television sitcoms. For example, it came up on “Modern Family” once when Sophia Vergara’s pregnant character mistakenly puts soap in the fridge and butter in the shower.

What is ‘pregnancy brain’?

“Pregnancy brain” refers to a pregnant woman’s forgetfulness during and shortly after pregnancy. This can range from forgetting why you went into a room, putting objects in strange places, forgetting to do things, and general absentmindedness.

Is pregnancy brain real or a myth?

Research studying actual memory deficits in pregnant women has been mixed. Some studies have shown no differences on standardized memory testing, while others have found differences in some aspects of memory. Reviews of multiple studies have concluded that some real differences in memory during and shortly after pregnancy can be seen, but the mechanisms are not well understood.

In the studies that have shown a difference, not all parts of memory were affected. In particular, memory function that requires more effort appears to be the most vulnerable during pregnancy. For example, some studies have shown that pregnant women are as able as non-pregnant women of the same age to learn and recognize information, but they have a harder time recalling the information later. However, the differences were fairly small.

While pregnancy hormones do affect the brain, thinking capacity and actual brain function is not thought to change during pregnancy. But priorities change, as do many bodily functions and lifestyle factors that can impact your thought process. These include hormonal alterations during pregnancy and birth, changes in plasma levels of neurotransmitters such as serotonin and dopamine, mood shifts, and sleep disruption.

It has been suggested that memory change during pregnancy is evolutionary. Some researchers think pregnancy brain helps women forget about other things and focus on caring for their new baby. Most pregnant women spend a lot of time thinking about the new child and how their lives will be different. Increased stress can leave pregnant women feeling forgetful and absentminded.

How long does pregnancy brain last?

Perceived memory changes can occur at any point during pregnancy and in the postpartum period. The physical fatigue that accompanies the first trimester also can include cognitive fatigue, which means your attention and memory can suffer. As pregnancy progresses, there are many things vying for expectant mothers’ attention, which can result in things being overlooked or “forgotten.”

There is only so much information any of us can focus on at one time, so it is normal for things to fall through the cracks. After birth, sleep deprivation and mood changes can contribute to cognitive changes in a mother who is now multitasking more than ever.

How can you overcome pregnancy brain?

What can partners, family, or co-workers do to help?

Ask how you can help! And then be willing to help if the offer is accepted. Some tips to assist the pregnant women in your life:

Should you worry about pregnancy brain?

If memory lapses have you worried or if they are causing severe anxiety, talk with your physician. Your care provider can evaluate whether there are other causes of your memory problems that need intervention. Don’t feel that you need to hide your experience from others. Talk with other pregnant women and your doctor to determine what’s normal and what, if anything, you have to worry about.

If you thought you were going crazy because your memory nose-dived when you became pregnant, you’re perfectly normal and in good company. Follow our advice to give your brain a break during and after pregnancy. The next time you are struggling to remember everything you need at the grocery store, stop to make a list, or better yet, sit back and ask your partner to do the shopping. You’ve got more important things to focus on!

More in: Your Pregnancy Matters, pregnancy 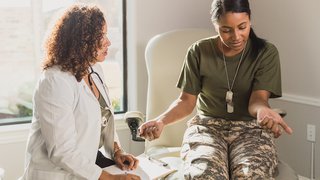