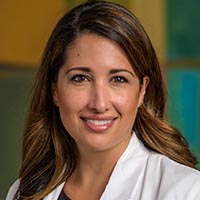 What should people know about male breast cancer?

Male breast cancer – sometimes called chest-wall cancer in men – is very rare. It affects only about one in 100,000 men and accounts for less than 1 percent of all breast cancers.

More than half of all cases of male breast cancer are diagnosed at a later stage when compared to women with breast cancer.

This is because, being such a rare condition, breast cancer is not typically high on the list of things people think of when a man has a mass on his chest. Patients and even some physicians are more likely to suspect something like an infection in the chest wall or a dermatological disorder.

In addition, men with breast cancer often have a concurrent condition such as obesity or a liver disorder, or they’ve been exposed to radiation or occupational hazards that would predispose them to breast cancer. This can sometimes make the condition more difficult to diagnose and treat.

Do you surgically treat breast cancer in men differently than you do in women?

For women, the two main surgical options for breast cancer are mastectomy – the removal of the entire breast – and lumpectomy, the removal of the cancerous tumor and a small bit of surrounding breast tissue. Lumpectomy must be followed by radiation therapy.

In men, we don’t perform lumpectomies – only mastectomies. Because men typically don’t have a lot of breast tissue, there isn’t a need to try to preserve it as we’re doing with a lumpectomy.

In performing mastectomies on both men and women, we don’t take the muscle beneath the breast. That’s called a radical mastectomy, and it’s no longer a common practice. We remove only the small amount of soft tissue above the muscle, and most men don’t have a lot of that.

If breast cancer in women runs in a family, do the men have a higher risk for developing it?

Having a lot of women with breast cancer in a family may indicate a genetic predisposition for hereditary breast cancer. If a male also has the gene responsible for that, then he would be at a higher risk for developing breast cancer.

For example, if a male was found to be positive for the BRCA gene, we wouldn’t necessarily offer him prophylactic (preventive) surgery, but we may want to screen him for breast cancer. We’d also suggest that the women in the family be tested for that gene.