‘You are not alone’: One patient’s story of life with a bladder prolapse 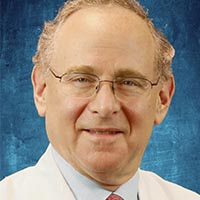 Pelvic floor disorders are a group of conditions that affect the pelvic organs – the uterus, bladder, bowel, vagina, and rectum. They’re much more common than most people realize; In fact, by most estimates, pelvic floor disorders impact one in three women, but they don’t get much coverage in the mainstream media.

One of the reasons for the conspicuous lack of press may be because, as my former patient Carolyn Meyer notes, the conditions “don’t exactly make for good dinner conversation.”

That’s understandable, but considering how pelvic floor disorders can severely impact a life – as Carolyn can vividly testify – perhaps it’s a subject we need to bring to the table.

I met Carolyn a few years ago when she came to us while suffering from a prolapsed, or fallen, bladder. Carolyn is a very active woman. She’s a social worker who counsels pregnant teens, a grandmother, and an avid scuba diver (among other interests), but her condition had sidelined her from most of what she wanted to do.

I invited her to share her story, in her own words:

I’ve dealt with recurring bladder and urinary tract infections since at least my college days. I would always go to doctors to take care of it, but the conditions kept coming back.

What I didn’t know until much later was that I had a weak pelvic area, and going through three pregnancies over the years probably made the situation worse.

By the time I came to UT Southwestern, I felt like life as I knew it was over. This is going to sound pretty graphic, but when your pelvic floor prolapses, or drops, it feels like a baseball is trying to work its way out of your posterior, and then that same pressure will transfer to the vaginal area. It’s horrible.

I began to not go anywhere. I began to tell people, “No, I can’t go out to eat,” “No, I’m just going to stay home.” And then I’d take something for the pain, but nothing really helped. The only comfortable position at the worst of times was lying flat.

I love to scuba dive, but I even began to stay away from that because I was concerned about putting that tank on my back. I stopped going for walks. Worst of all was not being able to pick up my grandchildren – because any time you pick up something, the pressure goes right to the pelvis.

Even sitting for long stretches became unendurable, which was a major problem because my grown children live in D.C. and L.A., and sitting in an airplane for that long made the “baseball butt” feeling just unbearable.

So, it really was a miserable time, because who do you talk to about that? You don’t want to tell anybody, and, consequently, you just sort of live in shame.

Eventually, I did tell some of my friends what I was going through, and once that happened I began to hear of so many women who were going through exactly or something like the very same thing.

Fortunately for me, I’d become familiar with UT Southwestern several years earlier when doctors there treated my daughter for an entirely different condition. Those doctors became like family, and through them I got referred to see Dr. Philippe Zimmern.

When I described to him what I was going through, he immediately knew what to do and set everything in motion. And, just as immediately, life started changing.

Dr. Zimmern performed my bladder suspension surgery, which is a procedure that restores the bladder to its normal position, and that was followed by pelvic floor physical therapy with Dr. Kelly Scott. I can’t even describe how much of a life-changer that was. I drove to UT Southwestern in Dallas from my home in Waco for 19 consecutive Mondays that year just because that physical therapy with Dr. Scott and my PTs, Michelle Bradley and Jenn Huneidi, was so amazing. Soon I was back to walking and working out and doing everything in my life I had thought was over.

Meanwhile, I’ve fulfilled a goal I’ve had for 30 years by going back to school. On May 16, I completed a two-year master’s program in social work – which involved a 25-hour-per-week internship and carrying 12 to 13 hours per week of homework, on top of my regular job. I could have never done that prior to my pelvic floor disorder treatment.

I really feel I owe UT Southwestern for giving me my life back – specifically Dr. Zimmern and Dr. Scott but so many others there as well. It was truly a team effort, and, from top to bottom, it was one of the most dignified, compassionate, and best-practice teams I’ve ever witnessed.

My message to the many, many women who are going through what I did – or anything like it – is that you don’t have to endure it. Find someone to talk to and describe your symptoms. You are definitely not alone, and there is a way to get back your quality of life, which is so important.

Carolyn’s story is inspiring, and her candor and willingness to share her experience continues to help others who, as she once did, feel they have no recourse. The bottom line is that help is available, and just because your mother or grandmother lived with the difficulties and discomfort that come with pelvic floor disorders, you don’t have to. It’s our privilege and passion at UT Southwestern to make sure you don’t.

Diabetes and COVID-19: 5 tips to stay well during the pandemic

Tired of social distancing? Try NPIs on for size 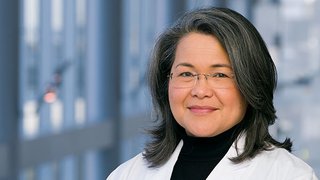 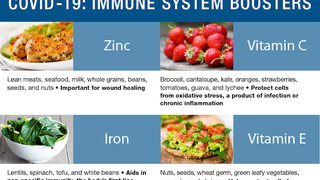