3 things to know about Down syndrome and pregnancy

All pregnant patients in the first half of their pregnancy at UT Southwestern are offered the screening for Down syndrome, a disorder that affects about 6,000 babies in the United States each year.

Although public awareness about Down syndrome seems to be growing, we often see patients who are caught off-guard by this topic. Some first-time moms tell us they didn’t realize they would be offered this type of screening.

Here are answers to three of the most-asked questions:
Many discoveries have been made during the past 150 years that have allowed obstetricians to make this kind of pre-natal diagnosis.

A brief history of Down syndrome

John Langdon Down is credited with the discovery of the disorder now known as Down syndrome. The English physician was working as medical superintendent at an asylum in the mid-1800s and noticed that many patients had similar physical features.

Down’s published work in 1866 fully classified the condition for the first time.

By the early 1900s, doctors made the connection that children who were born with that kind of physical appearance were more likely to be borne by women at the end of their child-bearing years.

Several advancements were made in the 1950s and 1960s, and researchers counted the exact number of chromosomes inside human cells for the first time. It was discovered by a pediatrician that Down syndrome was caused by an extra No. 21 chromosome.

The first pre-natal diagnosis of Down syndrome was made in the late 1960s, and by the late 1970s the National Institutes of Health announced that all pregnant women age 35 and older should be offered a test, an amniocentesis, to diagnose chromosome abnormalities.

It wasn’t until the 1980s that a non-invasive screening test was developed using a sample of blood from the mother. This allowed doctors to detect Down syndrome in the fetuses of younger women. Since then, even more advancements have been made to screening methods that have produced higher detection rates.

The future of Down syndrome

UT Southwestern is poised to play a role in future advancements in the study of Down syndrome.

Our researchers soon will be trying to determine if the outcome of Down syndrome can be modified with prenatal drug therapies. Currently, if the screening detects a third No. 21 chromosome in the cells of a baby, there is no prenatal therapy for Down syndrome.

UT Southwestern received initial approval in 2014 for a pilot study to examine this topic. We will be seeking patients whose fetuses are known to have Down syndrome for the study in 2015.

To learn more about we screen for Down syndrome, please read this post written by my colleague, Dr. Santiago-Munoz.

More in: Your Pregnancy Matters, Down syndrome,, genetics,, pregnancy

Next Article
How to combat heart disease during pregnancy

Healing – and learning – from pregnancy losses: A pediatrician shares her story

Will my period change after pregnancy?

7 strange-but-normal things to expect with a newborn 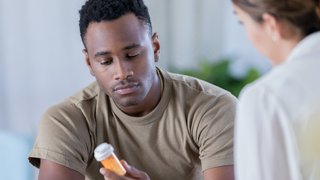 Can a father’s medication affect fertility and pregnancy?

UTIs during pregnancy are common and treatable

5 ways to manage swollen legs and feet during pregnancy