Years after high-voltage accident, a proud man's power is restored

For Willie Gloria, it’s the little things in life that bring him immeasurable joy: Like twisting the cap off a water bottle without help.

Or being able to put his arm around his girlfriend, pain-free.

Or ­– and this one is huge – pulling on his catcher’s mitt and feeling the jolt of his son’s fastball, clocked in the mid-80s, when it hits the sweet spot.

That jolt is a powerful reminder of just how far he has come in the last 15 years with the help of his friends, family, and two generations of UT Southwestern physicians.

The shock after the storm

After a particularly destructive summer storm in July 2004, Mr. Gloria and his crew from a Dallas power company were clearing the debris and fixing downed lines on a fourth straight 14-hour day.

"The electricity (7,620 volts) went through my left hand and out my right wrist. I was burned over nearly 50% of my body. ...Not only was I able to keep my arm, but they saved my life.”

He reached for a live wire by mistake – a shortcut he’ll regret the rest of his life – and 7,620 volts of electricity shot through his body.

“It went through my left hand and came out my right wrist,” says Mr. Gloria.

When he woke up in Parkland Memorial Hospital, he had burns over nearly 50% of his body. His left arm and portions of his stomach and chest were ravaged by the massive electrical jolt, and it looked as if he might lose his left arm.

Dr. Gary Purdue, a UT Southwestern surgeon and co-director of the Parkland burn unit, meticulously performed skin graft after skin graft to save it.

“Not only was I able to keep my arm,” Mr. Gloria says, “but they saved my life.”

Six months later, he left the hospital with damaged nerves in his hand and a significantly reduced range of motion, but he was alive. And for a long time, that was enough.

A decade and a half after he was electrocuted, Mr. Gloria found himself sitting in the Frisco office of Dr. Purushottam Nagarkar, a UT Southwestern plastic surgeon and an expert in microsurgery and hand reconstruction. But he was having second thoughts, recalls his girlfriend, Laura Meyer.

“We were in the waiting room, and he turned to me and said, ‘I don’t know if I want to be here,’” she says. “He almost left. Then Dr. Nagarkar came in and everything changed.”

He had reviewed Mr. Gloria’s records all the way back to his treatments at Parkland. (Dr. Nagarkar worked on the burn ward with Dr. Purdue as a medical student, and says he learned a lot from him.)

“When I first met Willie, he couldn’t straighten his arm, he couldn’t put his wallet in his back pocket with his left hand, and he couldn’t play catch with his son,” says Dr. Nagarkar. “There was significant scar tissue from the skin grafts, so we had to do a series of surgeries on his wrist and forearm to make the tendons longer and release the contracted joints.”

Mr. Gloria had five surgeries in all, plus therapy, and each time his range of motion increased. Dr. Nagarkar was able to add elasticity to his skin and give his bones room to move.

Finally, he performed what is called a free-flap surgery, taking skin and muscle from Mr. Gloria’s right upper arm and bringing it to his left wrist, meticulously reconnecting all the blood vessels in a five-hour surgery performed mostly under a microscope.

“Dr. Nagarkar followed through on everything,” says Ms. Meyer. “He returned every e-mail and text. He would call us at home after surgery just to check in. He made us feel so comfortable.”

Now, Mr. Gloria  says his range of motion is 85% restored. Recently, he took Laura to a Texas Rangers game and sat in the stands with his left arm proudly stretched around her. (They sent Dr. Nagarkar a picture.)

And, yes, he is able to pull on his beloved catcher’s mitt and tell his son, Will, to fire away.

“I never thought this would be possible,” says Will, 18, a college pitching prospect. “Before, he wasn’t able to do much, and he was pretty down about it. But the surgery and the progress he has made have been amazing. I can throw to him at full speed without having to worry.

“I’m so overwhelmed any time I talk about him. … He just changed my life,” he says, holding back emotions. “Now, I want to live till I’m 100. I want to see my grandkids’ grandkids. I have a new outlook on life.”

Dr. Nagarkar says cases like Mr. Gloria’s are a big part of why he loves what he does.

“Plastic surgery isn’t just about making someone look better,” he says. “It can also get people back to normal after a traumatic injury or a cancer surgery. For me, it’s about restoring people to the way they were.”

'He just changed my life'

High-voltage lineman Willie Gloria was electrocuted after a 2004 storm in Dallas and nearly lost his left arm in the fire. About 15 years later, he turned to UT Southwestern plastic surgeon Purushottam Nagarkar to help reconstruct much of what he had lost. 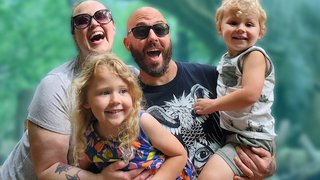 Next Article
Son gives ‘most meaningful gift’ to father and stepfather 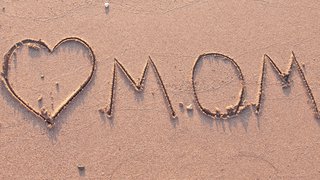 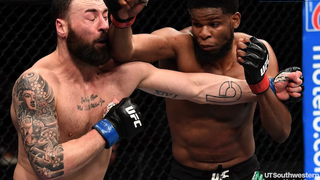 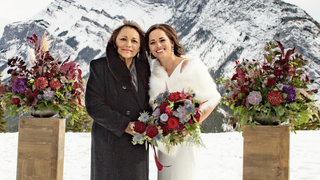