From pain pills to heroin: How we can save patients from the slippery slope

Picture a heroin addict. What do you see? A desperate, poverty-stricken man, scratching his skin and begging for money? Now picture a parent. Do you see a smiling young woman from a middle-class family, perhaps driving a minivan to pick up the kids from daycare?

Side by side, these personas might seem strikingly dissimilar. But in reality, the two descriptions are becoming increasingly interchangeable. People who are addicted to heroin might be moms, CEOs, supermarket employees, teachers – just name an occupation or walk of life. Addiction is an equal-opportunity disease that cuts across all socioeconomic strata.

We have a heroin problem in North Texas, and it’s shrouded in an unfortunate stigma that hinders treatment for people who become addicted to prescription opioid pills. The scariest part? It’s easier and cheaper for people to buy heroin than it is to stay stocked with pills.

How did the heroin crisis happen?

Opioid prescribing took off in the late 1990s and peaked between 2008 and 2012. In those two decades of liberal prescribing, a substantial number of patients unwittingly became addicted to prescription opioids.

When patients try to stop taking opioids, they no longer feel ‘normal’ and typically experience horrible withdrawal symptoms, such as:

Physical symptoms aside, opioid addiction also can financially devastate patients and their families. Since the prescribing boon began to wane, opioid pills have increased in cost. Initially, the street price of hydrocodone was just a dollar or two per pill. Today, a single pill might cost $10 or more. If someone with addiction needs 10 or 12 pills a day, you can imagine the financial burden would compel that person to find an alternative. Unfortunately, heroin often is the next step because it’s cheaper, and it’s easy to access in the same social circles in which patients buy extra pills.

Getting heroin is easy

Patients in our inpatient addiction treatment program often tell us similar versions of the same scenario when they describe their transition from pills to heroin: “I ran out of pain pills after my surgery, and I felt terrible. I started having withdrawals and I was sick, so I started going to different doctors and different pharmacies. When that stopped working, I started calling friends who might have some pills left from their own surgery. Some would give them to me, some would sell them to me. One day, when I needed pills but had only a few dollars to spare, a friend gave me the number of someone they knew who sold heroin for cheap. And that was it – I was hooked.”

From there, many patients delve into synthetic opioids, such as fentanyl, methylfentanyl, and carfentanil. The hyper-availability of these drugs increases the risk that people with addiction will overdose and potentially die before getting help.

Who is most at risk?

When patients receive opioid drugs after surgery or dental work, not everyone is at equal risk for addiction. Patients who feel sleepy or nauseated when taking pain pills typically aren’t the ones we worry about, as this is a fairly normal reaction. However, some patients get charged up after taking oxycontin, hydrocodone, or other pain pills. They get a rush of energy – the high they continue to crave once their pain pills run out.

We don’t have a clear answer as to what causes some people to be at higher risk for addiction than others. However, we do know that women tend to be at greater risk than men. Additional risk factors for addiction might include patients who have:

● History of addiction, personally or in the family

These issues, as with many medical problems, are sensitive and often private. It can be difficult for patients to seek treatment, control the addiction, and explore any root causes that might have led to it and could potentially lead to a relapse.

Additionally, addiction affects the entire family. The support of the family is vital for successful, lasting treatment. Family members also can offer well-intended leverage to encourage treatment, such as keeping the family together or taking care of the children. While the choice to get sober ultimately has to be made by the patient, it’s often families and friends who give the final and lasting push.

"Addiction is an equal-opportunity disease that cuts across all socioeconomic strata."

I joined UT Southwestern to expand addiction treatment in our community. Right now, we offer the following treatment options:

The IOP supports patients and families with ongoing addiction treatment. Our IOP currently operates three days per week in the evening. It is a four- to six-week program in which we offer a variety of group therapy options, such as:

Patients in IOP get care in the clinic but don’t have to stay there. They can go home after each session. From IOP, patients transition to a supportive outpatient program (SOP).

This is a weekly group that can last anywhere from four months to a year. The SOP helps patients establish a solid, supportive aftercare network that encourages lasting sobriety and celebration of milestones with other people who understand how tough but worthwhile it is to go through recovery.

The thing about addiction is that it usually comes with a lot of baggage: Patients often lie, cheat, lash out, or steal in an effort to stay high and feel normal. And that doesn’t go away instantly when someone gets sober – guilt and hurt often remain. Unfortunately, not dealing with this painful baggage can result in relapse.

It’s important for patients and families to understand that sobriety and recovery are not synonymous. “Sobriety” means not using drugs. “Recovery” is choosing a lifestyle of not only abstaining from drugs but also being honest, going to meetings, and putting in the work to improve your life and the lives of others, whether that includes family, friends, or fellow patients. To accomplish this, many patients find success in attending accountability and sharing groups, such as Alcoholics Anonymous (AA) and similar 12-step style programs. It can work for families, couples, and individuals. If you don’t feel like you fit with the first group you try, try another. In the Metroplex alone, there are more than 1,500 groups going on at various times, so there are ample choices. There also are non-AA-based recovery options, such as SMART Recovery and Refuge Recovery.

Addiction psychiatrists staff our clinic five days a week. These experts provide patients with talk therapy, pharmacological treatments, and aftercare that can help them stay on the road to recovery.

The future of addiction treatment in Texas

Addiction treatment works, and more health care resources should be allotted to preventing and treating the disease. Without treatment, patients die. It’s as simple as that.

As such, we are looking ahead to care for North Texans who struggle with addiction and require more structured care. We are in the process of building a new neurosciences area at Clements University Hospital, and once it’s complete, our plan is to implement a partial hospitalization program. Additionally, we’re actively establishing addiction services at Parkland Hospital, including an intensive outpatient program. Currently, we have an outpatient addiction clinic, and in upcoming months we plan to start an inpatient detoxification program at the inpatient psychiatric unit. There also is a teen recovery program at Children’s Medical Center for teens struggling with addiction and mental health issues.

Addiction is a disease that happens to have an unfortunate stigma around it, but it’s something that happens, sometimes regardless of life choices, and we must do our part to support each other and remove the shame surrounding it.

If you or a loved one struggles with addiction, get help before it’s too late. Call 214-645-8500 or request an appointment online. If you suspect a loved one has overdosed, call 911 immediately.

A story of Hope and teamwork: Facing a brain tumor at age 24 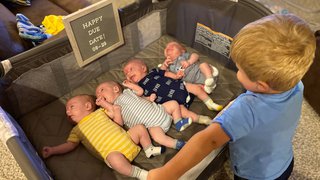 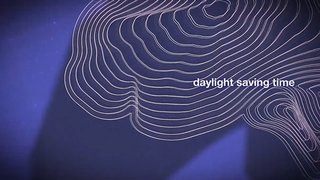 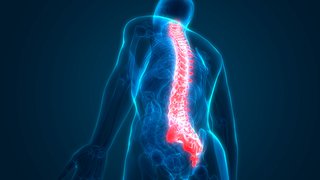