Amit Singal, M.D., M.S., is a Professor in the Department of Internal Medicine at UT Southwestern Medical Center. He specializes in treating patients with liver cancer and other liver diseases. He is a Dedman Family Scholar in Clinical Care and the David Bruton Jr. Professor in Clinical Cancer Research.

Certified by the American Board of Internal Medicine in gastroenterology and transplant hepatology, he joined the UT Southwestern faculty in 2010.

Dr. Singal’s research focuses on diagnosing and treating liver cancer before it becomes incurable. He has received numerous grants, including from the National Institutes of Health (NIH), CPRIT, and the Department of Defense, and he lectures on his work frequently throughout the world.

Dr. Singal has received Investigator Awards from the International Liver Cancer Association and the American Gastroenterological Association, and he recently received the Blue Faery Award for Excellence in Liver Cancer Research by a liver cancer patient advocacy group.

During his time off, Dr. Singal likes to travel internationally. And he loves to cheer on his home teams – the Michigan Wolverines, Detroit Lions, and Detroit Red Wings – when they are in Dallas.

Amit Singal, M.D., M.S., has declared war on liver cancer, which is the ninth leading cause of cancer-related death in the U.S. and the fastest-growing cancer in Texas.

“I’m going to work as hard as I can to give my patients the care they deserve,” he says. “Cancer patients want a doctor who cares and will go the extra mile. I’m dedicated to doing that.”

A hepatologist, Dr. Singal treats patients with liver cancer and other liver diseases. He is a Professor of Internal Medicine in the Division of Digestive and Liver Diseases at UT Southwestern Medical Center. Additionally, he serves as Medical Director of the UT Southwestern Liver Tumor Program and as Clinical Chief of Hepatology.

A native of the Detroit area, Dr. Singal came to Texas and UT Southwestern so he could help do something about liver cancer in the Lone Star State. Texas has the highest incidence rate of liver cancer in the nation, and he believes that it will only become an increasingly more important problem over the next two decades. Dr. Singal believes UT Southwestern has the cutting-edge therapies and committed doctors who can make a difference in this field.

Most of his research examines how to diagnose and treat liver cancer when curative therapies are still possible. He believes it is important to work with primary care physicians and other hepatologists to follow published guidelines for liver cancer screening among at-risk patients. People with liver diseases who are at risk for liver cancer should get screened every six months, but fewer than 25% of patients are currently having this done. Dr. Singal’s goal is to improve this care over the next several years.

“If we diagnose liver cancer at an early stage, we can often cure it,” he says. “Patients can live over five years if we diagnose and treat liver cancer early. However, when it’s found at a late stage, the average survival is typically less than one year.”

Dr. Singal works closely with patients to help them choose the best treatment options, and he is willing to do whatever it takes to get his patients through the process.

He is hopeful about new advances in medicine.

“We’ve made incredible strides in treatments for liver cancer already over the past decade,” he notes. “Over the next decade, we will see even more advances in therapeutic options for this cancer.” 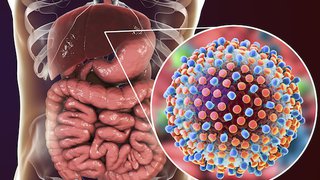 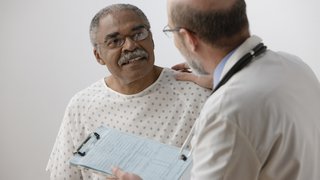 Hepatocellular carcinoma kills more people in Texas than in any other state: How we can fight back