As a preventive cardiologist, I’m always telling patients that a lifelong exercise habit is crucial to long-term heart health.

But as a father of five, I can empathize when those same patients tell me, “It’s just so hard to find the time.”

Between shuttling one child to soccer, another to swimming practice, and yet another to baseball games, I was having trouble finding time to exercise myself. I faced the same question my patients face: How can I fit exercise into my busy schedule?

I felt that I owed it to my family, to my patients, and to myself to get that exercise. So my wife, Ashleigh, and I put our heads together and came up with a heart-healthy exercise plan for the entire family. We’d make our exercise routine a family affair.

Our solution: triathlons – competitions that combine swimming, running, and bicycling.

Last fall, Ashleigh and I sat down with our four oldest – Jack, 12; George, 11; Rebecca, 9; and Joseph, 7 – and proposed that they give up their individual sports and all train for kids’ triathlons, which are modified for age-appropriate distances.

This would accomplish several goals:

Jack was doing really well in baseball at the time and was a bit reluctant to give it up. But he agreed to try our triathlon plan on an experimental basis. The other three were enthusiastic. And so, in October, the kids began training in running, swimming, and cycling.

In January, they joined a team, and now triathlon practice is a scheduled part of all our lives.

Two nights a week, we eat an early dinner and then head out to where the kids swim and jog with a team. While they’re training, Ashleigh and I put our 3-year-old, Nate, in a jogging stroller, and we get our own workout. On other evenings, everyone takes turns on an indoor bicycle trainer. On Saturdays, the whole family does all three.

It’s been great so far. Ashleigh and I are exercising, and the kids are loving their team. How much? At his second competition, our 11-year-old son George crashed into another biker and lost a shoe. He was so intent on the race that he didn’t stop to put his shoe on. He continued cycling for the full bike distance and would have started running − one foot with a shoe, one foot without − if an event judge hadn’t stopped him.

The kids’ next triathlon is on Father’s Day. What a wonderful Father’s Day gift this has already been – really a gift for the whole family.

The next time I tell a patient that serious exercise across a lifetime can substantially reduce the risk of heart disease, I’ll also be able to say there’s always a way to work exercise into your lifestyle . . . because I did just that. 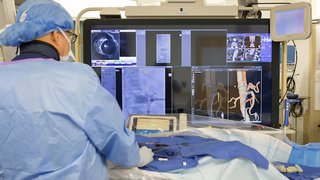 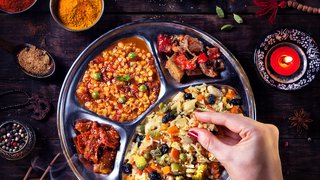