In the U.S., nearly half the population will develop a thyroid nodule by age 60. Thyroid nodules are solid or fluid-filled lumps that form within your thyroid, a butterfly shaped gland located at the base of your neck.

Thyroid nodules are often benign, but if they grow large enough to cause symptoms by pressing on the structures in the neck, they can leave patients with a difficult choice:

RFA for thyroid nodules is performed by inserting a needle-like probe into the thyroid nodule. The tip of the needle heats up, destroying the nodule from the inside, causing it to shrink. The therapy has been proven a safe and effective treatment for benign thyroid nodules through extensive studies and point-of-care use in Asia, Europe and South America.

Data from an observational study I co-authored in May 2020 showed that 10 weeks after RFA, patients in the U.S. experienced 50% cosmetic improvement (including throat bulging) and resolution of other bothersome symptoms.

Thyroid nodules are common and occur more in women. Approximately 10% of the nodules will grow large enough to cause disruptive symptoms, such as:

If you are having thyroid nodule symptoms but don't want surgery, you might be a candidate for RFA and should discuss it with your endocrinologist.

What is radiofrequency ablation?

Radiofrequency ablation (RFA) is a technique using an electrode with high frequency alternating current to cause thermal injury (burns) in soft tissue leading to cell death and shrinking of the affected part.

RFA technology has been widely used for a range of conditions, including nerve pain, certain types of cancer, uterine fibroids, and some vascular conditions. This technology was approved by the U.S. Food and Drug Administration (FDA) to be used for benign thyroid nodules in 2018.

Who is a candidate?

Generally, any patient with a benign nodule who is a candidate for surgery could consider RFA. This includes patients with symptoms or cosmetic issues caused by a growing nodule, and those who have a toxic nodule (i.e. a nodule that makes too much thyroid hormone). Patients who cannot safely have surgery, such as those who cannot go under anesthesia, may also consider this treatment.

Benefits of RFA include:

Patients whose nodules are filled with fluid (cystic) do not do as well with radiofrequency ablation. Instead, we can offer alcohol ablation, also known as percutaneous ethanol injection, to drain the nodule and inject it with alcohol, causing the nodule to shrink over time. This works very well and is a simple office procedure that can be done the same day as your initial consultation.

Related reading: Thyroid nodules and treatment: Get the facts

Prior to RFA, you will need two separate biopsies to verify that the nodule is benign. Your endocrinologist can perform a biopsy in the office if you have not had one before. You will likely need a biopsy even if you are considering surgery for your thyroid nodule. Once the biopsies show you are thyroid cancer-free, we will schedule your procedure.

Currently, the treatment is only FDA-approved in the U.S. for benign thyroid nodules. In Europe and Asia, doctors are using RFA for cancerous nodules as well. In the future, we hope to become a U.S. research site for RFA treatment of cancerous thyroid nodules.

How we perform the procedure

The procedure is performed under local anesthesia, with the option of mild to moderate sedation (IV medication), which will help you remain calm, comfortable, and coherent. It's important that you can talk with your endocrinologist during the procedure to ensure your vocal cords are not affected.

Under ultrasound guidance, the doctor will insert a thin needle inside into the nodule through the skin. We use a parallel approach – which means we can see the entire needle throughout the procedure, reducing risk of complications. This is the same technique we use to perform fine needle aspiration (FNA) biopsies of thyroid nodules – we perform hundreds of FNA biopsies in our clinic each year with no complications.

The needle is connected to a generator that uses electricity to generate heat around the tip of the needle. The doctor will move the needle back and forth inside the nodule, ablating (burning) it from the inside. The normal thyroid tissue will be unaffected. The ablated tissue will become scar tissue over time, causing the nodule to start shrinking.

After the procedure, you can rest while the sedative wears off. Most patients can go home the same day. You'll need to arrange for someone to drive you.

What results can I expect?

Studies have shown that patients can expect their nodules to shrink nearly 50% to 97%.

Patients typically get maximum shrinkage within the first four weeks after RFA. The nodule will continue to shrink over the following six months to a year. As the nodule shrinks, symptoms will decline.

Your endocrinologist will monitor your progress using ultrasound. The chances of the nodule growing back are very low, but it can happen. In that situation, the treatment can be repeated, or you can elect to get surgery.

What are the risks of radiofrequency ablation?

Complications of RFA are similar to those of surgery but occur at a lower rate. Risks include vocal cord paralysis, bleeding, voice hoarseness, infection, and damage to the surrounding structures in the neck.

One potential drawback is that RFA may not be covered by insurance because it is so new. Radiofrequency ablation currently carries out of pocket costs, and physicians are working at the national level to encourage insurers to cover the procedure in the future. If you need or want this procedure, UT Southwestern patient services can help you navigate resource options.

Talk with an endocrinologist

If you’re considering surgery or another treatment for benign thyroid nodules, talk with an endocrinologist. We can help you compare your options to find the least invasive, most effective treatment for your condition.

To visit with an endocrinologist, call 214-645-8300 or request an appointment online. 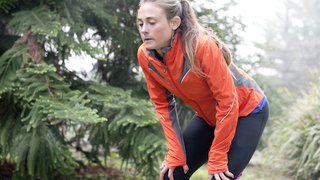 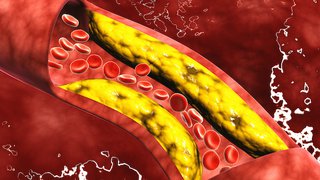 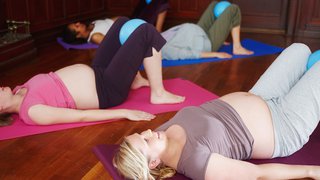 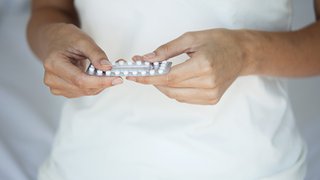 What women and men need to know about reproductive coercion 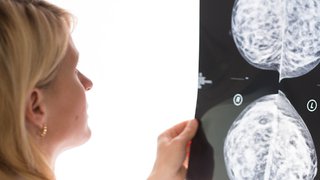