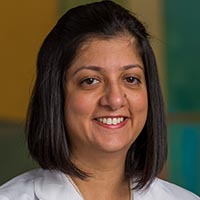 Epilepsy is a disorder that causes parts of the brain or the whole brain to become hyperactive transiently – or momentarily -- resulting in seizures. The condition affects more than 3 million people in the U.S. Unfortunately, nearly a third of these people will have seizures that aren’t controlled with medications.

As part of a team of researchers and epilepsy specialists, I see more patients with uncontrolled seizures than a typical neurologist. In fact, I’d say about half of my patients come here after struggling to get their seizures under control. We provide advanced inpatient treatment for these people in our Epilepsy Monitoring Unit.

Before we explore their treatment options, I first make sure my patients get an accurate diagnosis.

Request an appointment with a neurologist today.

Challenges in diagnosing and treating epilepsy

Seizures happen when neurons – the parts of the brain that send electrical signals to every part of your body – become hyperactive, sending rapid, abnormal signals. It is like an electrical storm in the brain. Someone who has two or more unprovoked seizures most often is diagnosed with epilepsy.

Epilepsy usually is clinically diagnosed by a physician based on the description of the “spells,” or seizures. The diagnosis is aided by EEG, brain scans and imaging tools. Using these diagnostic tools, neurologists often can identify seizure-generating areas of the brain and target them with treatment. But that’s not always the case.

With more than 100 billion neurons, the brain is the most complex organ in the body, and it’s a challenge to find the specific area where the malfunction is occurring, particularly if an area of damaged tissue doesn’t show up on an MRI. Even with a combination of modern imaging and brain activity measurement tools, neurologists sometimes can’t locate the area causing seizures precisely enough to use a targeted treatment, such as surgery.

Though epilepsy treatment can include medications or surgery, we almost always try first to treat seizures with medications. Patients with drug-resistant epilepsy – in which seizures don’t improve after trying two or more appropriate medications – can be treated with surgery if we know which brain area is responsible for the seizures. This is where an accurate diagnosis is crucial.

Without pinpointing the problem area in the brain, finding a way to stop or reduce recurring seizures can be difficult. When standard diagnostic tests fail to identify the source of seizures and medications don’t improve them, we use a more advanced approach.

If standard brain imaging tools fail to find the seizure-causing area of the brain, we can use a minimally invasive technique: stereoelectroencephalography, or stereo EEG. A stereo EEG gives us a more complete picture of the brain’s activity than a standard EEG. Instead of placing electrodes on the scalp, where skin, bone, muscle and other tissue can get in the way, the electrodes in a stereo EEG are implanted in the brain itself. This gives neurologists an extremely precise measurement of electric brain activity, making an accurate diagnosis much more likely.

In a stereo EEG procedure, a neurosurgeon creates a small hole in the skull through which we pass stereotactic depth electrodes attached to a wire. Traditionally, surgeons use a stereotactic headframe – a metal frame attached to the head to help the surgeon find the target location in the brain. We make the procedure more comfortable for patients by using an advanced robot to orient the surgeon instead of a headframe. Once the electrodes are in place in the brain, we measure the patient’s seizure activity in our Epilepsy Monitoring Unit, typically over a week to two-week-long period.

We use data from a stereo EEG and other diagnostic tools to devise an epilepsy treatment plan. If the seizure-generating brain area is small enough, a neurosurgeon can perform surgery to remove it. This is an effective treatment to reduce the frequency and intensity of uncontrolled seizures and in many cases is the only treatment option with the potential to cure the disorder by stopping seizures entirely.

Related reading: Why to consider epilepsy surgery sooner rather than later

Another treatment for localized epilepsies, which means seizures are coming from small areas of the brain, is responsive neurostimulation (RNS). We surgically implant a thumb-sized device under the skull to deliver electric currents to the seizure-generating area of the brain to stop epileptic episodes before they start.

RNS is an effective option for people with epilepsy in vital brain areas that would be too risky to remove with surgery. It also can benefit people whose seizures come from two different areas of the brain that cannot be removed. Using stereo EEG data, a neurologist can implant the device precisely where it’s needed. Though RNS can’t cure epilepsy, it is quite effective in treating it. A 2015 study found that patients reported 66 percent fewer seizures after six years of RNS treatment.

These treatments – and several others – provide options to control and reduce seizures among epilepsy patients. But more work is needed to find solutions for those who don’t see seizure improvement with existing treatments.

I’m proud to be part of a team that’s conducting advanced research into brain disorders like epilepsy because I see how much of an impact successful treatment can have on my patients’ quality of life. Anything we can do to give more people seizure relief is a worthwhile endeavor, and I’m excited for the promise of epilepsy treatments in the future.

Postoperative delirium in seniors: Recognizing the symptoms, reducing the risks 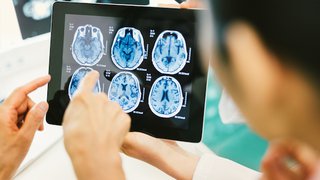 4 major advancements in brain surgery since 2000