Is a future without glasses or contacts possible? 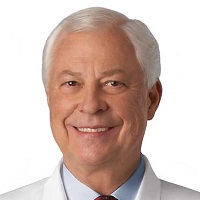 Does this scenario sound familiar? When you’re wearing glasses or contacts, your vision is crystal clear: You can drive, watch a movie, or read without problems. When you don’t have them, however, you struggle to see and have to ask someone else to read the fine print for you.

According to data from The Vision Council, more than 76 percent of people in the U.S. use some sort of vision correction. That means there’s a lot of patients wearing glasses or contacts, not to mention carrying prescription sunglasses or “cheaters” for reading, which can be a hassle. Even if the extra gear doesn’t bother you, having less-than-perfect vision can be dangerous in everyday situations, such as watching your children at the pool, or during emergencies, such as a fire or car accident.

If you can’t tolerate contact lenses – or don’t like them or don’t like wearing glasses – vision surgery might be a good option for you. Patients can undergo effective, low-risk procedures to correct nearsightedness, farsightedness, astigmatism, and other visions problems. Today, advanced eye procedures can significantly reduce the need for corrective eyewear, and new technology emerges every year. In fact, a future without glasses or contact lenses might not be farfetched!

Over the past 40 years, vision surgery has come a long way. Radial keratotomy (RK), was the first attempt at refractive eye surgery for those with nearsightedness. It was introduced in the 1970s but is no longer in use today – for good reason.

When RK was developed, the surgical equipment was approved by the U.S. Food and Drug Administration (FDA) but the procedure itself was not. To determine whether RK was effective and safe, researchers designed the Prospective Evaluation of Radial Keratotomy (PERK) clinical trial. Researchers found that RK was unpredictable – patients often suffered with fluctuating vision and glare at night, and there were other significant side effects of the procedure. The trial also found that study participants were at increased risk to prematurely need bifocals.

In the 1990s, the excimer laser procedure was approved by the FDA, and another type of tool for refractive eye surgery, photo refractive keratectomy (PRK), was introduced. The laser sculpts the cornea – the clear dome that covers the iris and the pupil – to correct refractive errors, including nearsightedness, farsightedness, and astigmatism. Although effective, this type of laser eye surgery had a slow recovery time, significant side effects, and a considerable amount of pain until the eyes healed, usually a week or more.

Each year, our ophthalmologists treat thousands of patients with a wide variety of eye conditions. This high volume provides us with extensive experience that translates to the best possible care for our patients. Ophthalmologists share the expertise of the team and the importance of one-stop, comprehensive eye care at UT Southwestern.

In 1999, the next generation in laser eye surgery, LASIK (laser-assisted in situ keratomileusis), became available for those with nearsightedness, farsightedness, and astigmatism. To perform LASIK, surgeons create a flap in the cornea, use a laser on the underlying exposed tissue to sculpt the cornea, and then replace the flap to correct vision problems. LASIK transformed eye surgery because it minimized pain after the procedure and shortened recovery time from a week to just a few hours or days. Learn more about LASIK at UT Southwestern.

The eye has a crystalline lens, which is a transparent structure that works with the cornea to refract light and focus it on the retina. A supplemental intraocular lens (IOL) can be inserted to correct refractive errors without taking out the natural crystalline lens, though this procedure is not common. It can be effective for patients with extreme near- or farsightedness.

A refractive lens exchange (also known as lens replacement surgery or clear lens extraction) is another option. This procedure replaces the crystalline lens with an intraocular lens to correct nearsightedness or farsightedness. This also can be effective for patients with extreme refractive errors.

There also are options for those with cataracts, a clouding of the lens in the eye that affects vision. By age 80, the majority of people have a cataract or have had surgery to correct one. During our younger years, the crystalline lens is flexible and allows light to be focused from all distances so we can see at all distances, but as we get older it loses its elasticity, making it harder to focus. The lens also starts to become cloudy, i.e. develop cataracts, which scatters light, making us light sensitive, and have blurry vision.

Early on, most people use bifocals or trifocals to correct these problems, but as the loss of elasticity continues and vision deteriorates, surgical options become attractive, especially once vision blurring also sets in. For someone who has a cataract (with or without astigmatism), we can surgically remove the cataract and use an intraocular lens to correct refractive errors for distance. This typically is covered by insurance (no astigmatism correction) or partially covered (with astigmatism correction).

These lenses can correct astigmatism and vision for distance, for example, but patients likely would still need eyeglasses or contact lenses for intermediate vision (to see a computer) and near vision (to read a book). There also is a procedure in which a lens for distance is implanted in one eye and a lens for near vision is implanted in the other. This is called monovision. Although these can be effective, they lack depth perception and not all patients can tolerate them.

Multifocal lenses can correct vision for all three targets (distance, intermediate, and near), as well as astigmatism. Depending on the power of the intermediate/near lens, wearing glasses might still be necessary but only some of the time.

The future of vision surgery

In the U.S., trifocal interocular lenses are currently in FDA trial. Also in clinical testing are monofocal lenses, which can be shaped with a laser after implantation to tweak the power of the lens. In other countries, there are interocular lenses that can focus. In the U.S, the Crystalens, which is supposed to have focus capability, is available. However, we rarely use them at UT Southwestern because results are highly variable.

"Today, advanced eye procedures can significantly reduce the need for corrective eyewear, and new technology emerges every year. In fact, a future without glasses or contact lenses might not be farfetched!"

What patients should know before having eye surgery

When considering any type of surgery, carefully weigh the benefits and risks. Though most of these procedures are safe and low-risk, some people find they experience light sensitivity after surgery, which is something to consider. In rare cases, vision surgery can lead to infection, vision loss, or blindness.

Successful eye surgery is dependent on several factors, such as a patient’s eye health, the type of procedure selected, and the presence of other medical conditions that could complicate the surgery or make the results less predictable. Patients who have problems with healing, who are at high risk for a heart attack, or who have chronic conditions such as rheumatoid arthritis or a heart arrhythmia might not be eligible for certain procedures.

Additionally, patients with Type 2 diabetes tend to have a fragile eye surface that can complicate healing, so vision surgery should be carefully considered. If you have dry eye syndrome – which affects 3.2 million women and 1.68 million men over age 50 – the condition can worsen after eye surgery. Ask your doctor to help you get your symptoms under control and take precautionary measures before eye surgery.

Where you have a procedure also matters. Many standalone eye centers offer cataract surgery and LASIK, but these clinics likely lack expertise in whole-eye-patient care. At the UT Southwestern James W. Aston Ambulatory Care Center and Monty and Tex Moncrief Medical Center at Fort Worth, patients can get the care they need for preexisting conditions that might affect their surgical outcomes, and they also can benefit from the expertise of surgeons who specialize in particular procedures.

New and emerging corrective vision surgeries are exciting and, in the future, could potentially make the need for glasses and contact lenses obsolete. Today, the majority of these surgeries are elective procedures. Vision-correction surgery can be life-changing, but it’s not for everyone.

More in: Eyes and Vision