How to get a flu shot?

Coming this fall, UT Southwestern will be offering flu shots to our patients at our retail pharmacies and at doctors’ offices for existing patients. Check with your providers about availability. Flu shots will also be available in several pop-up kiosks across our campus:

At UT Southwestern Medical Center, we are committed to preventing and treating influenza and its complications.

Through education, vaccinations, and prompt treatment, we work to limit transmission of this highly contagious respiratory virus.

Expert Prevention and Treatment of Influenza

Influenza, more commonly known as the flu, is a viral infection that affects the respiratory system (nose, throat, and lungs).

It causes mild to severe illness; in the most serious cases, it can lead to death. According to the Centers for Disease Control and Prevention (CDC), between 12,000 and 61,000 people die in the U.S. each year from the flu.

UT Southwestern is dedicated to providing the highest level of care for the flu. As leaders in clinical care, we recommend patients get the annual influenza vaccine, which is the most effective method for preventing flu and its complications. UT Southwestern’s faculty also performs innovative research in the development and treatment of infectious diseases, including influenza.

Flu-like symptoms to watch out for include nasal congestion, low-grade fever, cough, runny nose, and sneezing, among others.

Flu symptoms can be similar to those of COVID-19, but, as the CDC notes, influenza and COVID-19 are caused by different viruses.

This fall we’re bracing for a flu season like no other (with the possible exception of last year’s) due to continuing concerns about COVID-19 and coronavirus variants. Dr. Julie Trivedi, Medical Director of UT Southwestern’s infection prevention efforts, and Dr. Brad Cutrell, Medical Director of Antimicrobial Stewardship answer your most pressing questions about vaccines, variants, back-to-school safety, breakthrough infections, booster shots, and more.

With measures such as social distancing and masking taken to help control the COVID-19 pandemic, influenza activity remained exceptionally low during the 2020-2021 flu season. While we cannot predict what the 2021-2022 influenza season will bring, relaxing of mitigation measures such as social distancing and masking will likely have an impact on flu virus circulation. Getting the annual flu vaccine is the best way to protect against flu and its potentially serious complications.

Causes and Risk Factors of Influenza

Flu is caused by strains of influenza viruses that travel in the air when an infected person talks, sneezes, or coughs. These respiratory droplets can make their way into the mouths or noses of nearby people and infect healthy cells and spread. People can also become infected by touching a surface that has the virus on it and then touching their face.

The virus can affect anyone, but certain people have a higher risk of being infected:

Getting the influenza vaccine, often called a flu shot, is one of the most important actions people can take to protect themselves from infection. The flu shot is particularly important for people who work in schools or the health care profession.

When to get a flu shot

Flu season usually runs from November through February in the Northern Hemisphere. Because it takes the vaccine a few weeks to be effective, it’s better to get it early in the season. We recommend getting the vaccine in October, though it’s still effective if you get it earlier.

What type to get

There are several types of flu vaccines, and our providers can help patients decide which one is right for them:

The vaccine can have side effects, which are usually mild and go away within a few days. These include:

How effective is the flu vaccine?

The influenza vaccine tends to frustrate people because, while it is the best way to protect against the virus, it is not 100% effective. Influenza is a respiratory virus that mutates, or changes, frequently. That’s why it requires annual vaccinations.

Every year, researchers monitor viruses worldwide and update the flu vaccine to combat what they think will be the dominant circulating strains that will cause flu that year. The predictions of these experts are pretty accurate but not perfect. Recent studies by the CDC estimate the vaccine reduces the risk of influenza by 40% to 60% in the overall population. The flu vaccine appears to be even more effective in preventing the most severe forms of flu. In a study conducted from 2012 to 2015, it was found that the flu vaccine reduced the risk of being admitted to the intensive care unit for the flu by 82%. Studies have also shown that being infected with the flu can lead to a higher risk of heart attack.

Researchers at the National Institutes of Health are hard at work developing a universal flu vaccine that would protect against multiple strains for up to 10 years. But that breakthrough could be years away. For now, UT Southwestern’s infectious disease specialists say there is no debate: The flu vaccine is the best defense against influenza.

Other ways to stay safe

In addition to getting a flu vaccine, people can protect themselves and others from the virus by:

Contact your provider if you have symptoms of the flu so you can be tested and begin treatment as soon as possible.

The flu may resemble a common cold, though the symptoms are usually more severe and longer lasting. Signs of the flu include:

In some people, flu causes complications. High-risk groups include:

These severe complications can include:

Navigating the season of flu and COVID-19

To diagnose flu, our providers begin with a thorough evaluation that includes a:

Based on the exam, we may perform a test for influenza, which involves swiping the inside of the patient’s nose or the back of the throat with a swab. The swab is then tested for the virus. We typically have the test results in about 20 minutes.

Our providers will recommend a treatment plan based on the patient’s situation. For mild cases, we might recommend drinking plenty of fluids and avoiding contact with others. Tamiflu is universally recommended, especially for people who are at high risk of complications.

For those who have a more serious infection or are at risk for complications, we might recommend Tamiflu or another antiviral drug. These drugs can help shorten the duration of the illness and prevent serious complications. For the best results, patients should take antiviral drugs within three days of coming down with the flu.

Patients should not take aspirin if they have the flu, as it can lead to inflammation of the liver (Reye’s syndrome).

The World Health Organization (WHO) announced that the influenza vaccine selection committee finalized its recommendations for the Northern Hemisphere’s 2021-2022 flu season.

The WHO recommends that trivalent influenza contain the following:

The WHO also recommends that quadrivalent vaccines contain the above plus the following:

Will this year’s vaccine be a good match against circulating viruses?

It’s difficult to predict with absolute certainty if the influenza vaccine will be like circulating flu viruses because flu viruses are constantly changing. It’s important to remember that multiple viruses usually circulate during any one season. Even if the effectiveness of the vaccine is reduced against one virus, flu vaccine can still be effective at preventing flu caused by the other circulating viruses because the vaccine protects against three or four different virus strains.

Who should get the flu vaccine?

All people age 6 months and older are recommended for annual vaccination, with rare exception. Vaccination is particularly important for people who are at high risk of serious complications from influenza, such as people 65 years and older, people of any age with certain chronic medical conditions, pregnant women, and children younger than 5 years old. People with severe, life-threatening allergies to flu vaccine or any ingredient in the vaccine should not get the flu vaccine.

What is the difference between the shot and the nasal spray?

The flu shot is injected into your upper arm. It is made from dead influenza virus and cannot give you the flu. It is recommended for all people age 6 months and older. The nasal spray (sprayed into the nose) is made from live virus that is weak and cannot give you the flu. The nasal spray can be taken by people between ages 2 and 49 who are in good health and not pregnant.

What are the side effects of the flu vaccines?

Common side effects from the flu vaccines include soreness, redness, and/or swelling where the shot was given and sometimes headache, fever, nausea, muscle aches, and fatigue.

Besides vaccination, how can people protect themselves from the flu?

Will COVD-19 antibodies protect me against the flu?

No. COVID-19 antibodies do not protect against the flu because the flu and COVID-19 are caused by different viruses.

Should I get a flu vaccine if I’ve had COVID-19?

Yes. Even if you’ve had COVID-19, you still need a flu shot because they are different viruses that cause two different diseases.

How does the flu vaccine differ from the COVD-19 vaccine?

Coronavirus vaccines and flu shots use distinctly different technologies against different viruses, but they still have the same job of teaching our immune system how to recognize and attack a virus. Both shots may trigger side effects such as fatigue, chills, and low-grade fever. The COVID-19 vaccine appears to be even more effective at preventing severe disease due to COVID-19, along with hospitalization and death.

Where can I get a flu vaccine at UT Southwestern?

UT Southwestern is offering flu shots to our patients at our retail pharmacies and at doctors' offices for existing patients. Check with your providers about availability. 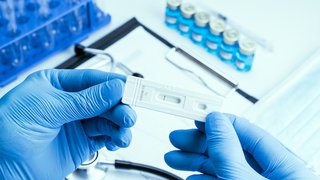 Fighting 8 common flu myths with facts from our experts 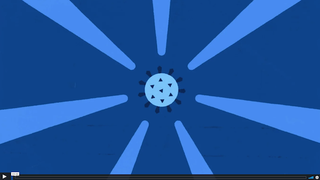 Closing in on a COVID-19 vaccine: See the science behind it 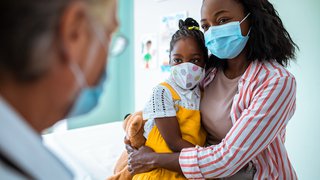 COVID-19 and flu: Navigating a potential ‘perfect storm’ this fall 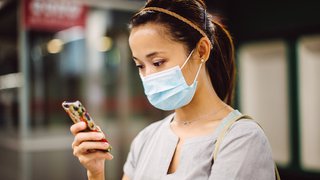 Unmasking the mysteries of the flu (influenza) 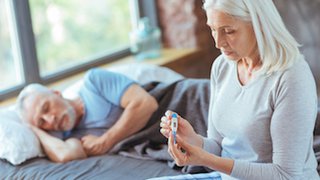 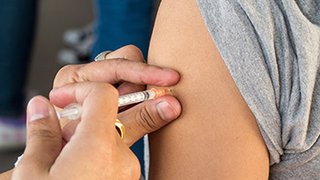 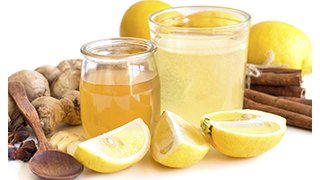