Ready for pregnancy? Your current birth control may affect how fast fertility returns

When you decide to stop using birth control and try for a baby, you may be hoping to get pregnant right away. But the speed at which you can conceive may depend in part on the type of contraception you’ve been using.

A new study that analyzed data from nearly 18,000 women found that fertility returned quickest in patients who had used intrauterine devices (IUDs) or implants (such as Nexplanon). These patients waited an average of just two menstrual cycles before conceiving.

However, the study also concluded that long-term use of any type of contraception did not have a lasting impact on the patient's ability to get pregnant. In short, fertility is likely to return to normal, even if it does take time.

What’s your goal for using a contraceptive?

There is no single contraceptive method that's right for everyone. While preventing pregnancy is the most common reason to use birth control, doctors may prescribe them for regulating periods, helping with menstrual or endometriosis pain, or controlling acne.

It’s important to think about these things because not every contraceptive can do it all. Here are a few questions to ask yourself when choosing a birth control method:

Knowing your options for birth control is important, but so is being honest about your goals and priorities. Also, remember that your choice of birth control may change over your lifetime due to evolving health and reproductive goals. 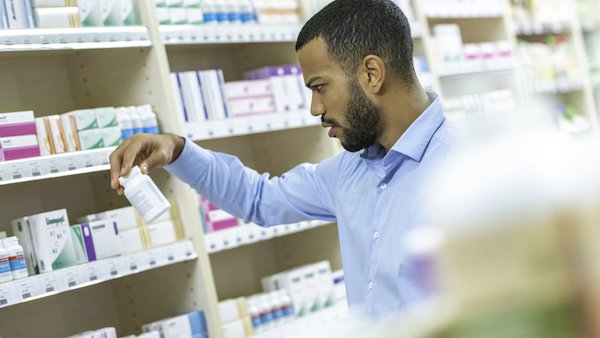 Choosing the best birth control method for you

Condoms, diaphragms, and contraceptive sponges are single use and prevent sperm from reaching the uterus. Barrier methods can help prevent the spread of sexually transmitted infections. However, their failure rate can range from 13% to 18%. Often, this is due to improper use.

Birth control pills, the vaginal ring, the patch, and contraceptive implants or shots use hormones to reduce the risk of pregnancy. Their failure rate is 6% to 12%, often due to missing a dose, improper use, or interactions from other medications. Implants such as Nexplanon and shots such as Depo Provera are considered long acting, with the implant lasting up to three years and the shot three months.

These methods, which can also be used to help control heavy, painful, or irregular periods, should not affect long-term fertility. But you may experience a delay in getting pregnant after ending their use. According to a recent study, that delay could be two menstrual cycles for the implant, three cycles for the pill or vaginal ring, four cycles for the patch, and five to eight cycles for shots.

Inserted in the uterus, IUDs are the most effective long-acting reversible contraception (LARC) method. IUDS can last five to 10 years depending on the type and the failure rate is less than 0.2%, meaning fewer than 1 per 100 women will get pregnant when using an IUD.

IUDs can also help control heavy or painful periods. Some women choose IUDs if they have unpleasant side effects such as depression or increased blood pressure due to other hormonal options. Again, IUDs should not affect long-term fertility, but a recent study showed that it may take two menstrual cycles after having the IUD removed to get pregnant.

Getting your tubes tied (tubal ligation) is considered an irreversible form of birth control, with a failure rate of less than 0.2%. A woman should not choose this option if they want to have children in the future.

This method relies on estimating ovulation dates and avoiding sperm-to-uterus contact during fertile days. The failure rate is high at 24%.

This method relies on the male partner "pulling out" before ejaculation. However, sperm can be released prior to ejaculation, and the failure rate for this method is 22%.

The best birth control for you is one that is safe, that you can use comfortably and correctly. Talk with your doctor about what you want and need. We can help you achieve health and happiness with your family-planning goals.

To visit with an Ob/Gyn about your birth control options, call 214-645-8300 or request an appointment online.

More in: Your Pregnancy Matters, contraceptives

Next Article
Monkeypox facts for pregnant and breastfeeding patients