Our surgeons at UT Southwestern Medical Center have extensive experience in rhinoplasty, or plastic surgery performed on the nose.

We artfully reshape the nose and address its underlying structure, producing a harmonious and natural facial appearance. In some cases, rhinoplasty is a functional surgery that can help improve breathing problems.

Cosmetic rhinoplasty seeks to improve the overall appearance and balance of the nose. Many of our patients are interested in nose surgery either to enhance their look or simply to feel more confident.
Our surgeons are experienced in performing rhinoplasty to reshape the tip of the nose, reduce a dorsal hump, narrow the dorsal width, or reduce the span of the nostrils. Most often, cosmetic rhinoplasty is a private pay procedure and is not covered by insurance.

Functional rhinoplasty is geared toward improving the form and function of the nose and can help people with breathing difficulties, as well as some patients who have sinus and migraine headaches. Procedures such as a septoplasty, which straightens the nasal septum, or nasal fracture repair can typically be combined with a cosmetic procedure. Some cases require only the correction of a deviated nasal septum with or without the correction of nasal valve dysfunction (vestibular stenosis).

While improving the function of the nasal airway, our surgeons are also committed to excellence in restoring the patient’s appearance. Often, improvement in the function of the nose will improve its appearance. Patients who have nasal injury, deformity, or dysfunction may be eligible for insurance coverage for septorhinoplasty, septoplasty, repair of nasal fracture, and repair of nasal valve obstruction.

During an introductory consultation, UT Southwestern’s surgeons provide expert guidance regarding nasal surgery and they analyze the appearance of the nose in detail. This is the best time to mention any cosmetic concerns.

We discuss the patient’s concerns and, upon examination, provide recommendations to achieve the patient’s goals. Patients can also be shown how the new nose will look with the help of medical imaging.

All our treatment plans are customized for each patient. Having a nose that fits a patient’s facial features is more important than having a nose that looks like a particular celebrity’s – the outcome will look more natural and balanced.

What to Expect Before Surgery

For 10 days before the surgery, it’s important to avoid medications that promote bleeding, including aspirin, nonsteroidal anti-inflammatory drugs, and certain biologics. Supplements such as fish oil, vitamin E, ginseng, garlic tablets, ginkgo biloba, and ginger should also be avoided.

Patients should plan for a driver, such as a friend or family member, to take them to and from surgery.

What to Expect During Surgery

Both cosmetic and functional rhinoplasty are similar in terms of length of surgery and recovery.

Rhinoplasty typically takes two to four hours. It is routinely performed as an outpatient elective procedure, meaning an overnight stay in the hospital won’t be necessary.

General anesthesia is used, and any postoperative pain is readily treated with oral medication as needed.

Most rhinoplasties and septorhinoplasties use an “open” approach. This involves making curved incisions inside each nostril and then joining the two incisions across the skin. The procedure includes a central incision that purposely zigs and zags to make it less conspicuous. The open approach allows excellent manipulation of the underlying cartilages and bones.

In certain situations, it’s necessary to use cartilage that comes from the ear or the rib. Ear cartilage is obtained using a small incision behind the ear. This can leave the tip of the ear feeling numb for three to four months. If needed, rib cartilage is harvested below the breast through a small incision.

In many cases after surgery, soft plastic inserts called Doyle splints are sutured into the nose for about a week. These help ensure that the septum heals in a straight configuration. Nasal packing – using long lengths of gauze – is no longer necessary. Using an ointment and saline spray several times a day keeps the splints clean and increases comfort. Similarly, an external splint is commonly applied. This is to encourage the nasal bones to remain in alignment. The stitches used are typically biodegradable.

What to Expect After Surgery

Patients can expect minimal to moderate pain after the surgery. There will be swelling and possibly some light bruising, both of which are temporary. Swelling inside the nose reaches a peak two to three days after surgery.

A cool pad placed over the eyes for the first 48 hours can help reduce bruising and swelling. Arnica tablets, available at a pharmacy or health food store, can also limit bruising.

The external splint on the nose should be kept dry. If the splint falls off, patients should use tape to put it back on.

For the first week after surgery, patients should avoid:

Most patients are able to return to work after a week or so, but should avoid strenuous activity for at least three weeks after surgery. As the tissues heal, patients may experience six to 12 months of numbness and firmness at the tip of the nose. Patients may also feel small ridges inside the nostril, where the internal incisions were made, for three to four months after surgery.

Many patients will see immediately that the nose is straighter, while gradually their breathing gets better. It’s important that patients follow the instructions from their surgeon regarding care of the inside of the nose.

Final results will not be achieved until all of the swelling subsides. While most of the outcome is readily apparent in the first weeks after surgery, the nose will continue to improve as it undergoes slight refinements over the coming months as the swelling goes away. The outcome of the rhinoplasty is permanent, although the nasal framework and its overlying skin will continue to change with age, just as it would naturally without surgery.

Some patients experience nausea after surgery. This can be an effect of the anesthesia or as a result of taking narcotic pain medication. Narcotics may also cause constipation and itching, among other unpleasant effects. We advise patients to use ibuprofen and acetaminophen on an alternating basis for the first 48 hours after surgery while awake and to use a narcotic only for “breakthrough” pain.

Nasal surgery is generally very safe. Uncommonly, the cartilage will deviate, requiring a touch-up procedure. A perforation is a rare complication that can cause bleeding, whistling, and crusting. This can be repaired. Occasionally, bleeding after surgery requires a call to the surgeon’s office.

Many of our patients seek our help because they need revisionary surgery to fix the effects of a previous nasal surgery.

We generally recommend that patients allow some time to heal from previous surgeries before undergoing corrective surgery. We discuss this and other issues during the initial consultation. 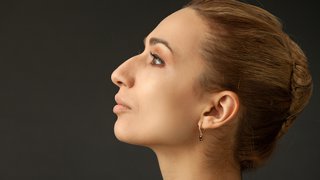 The art of ethnic rhinoplasty: A nose job that preserves your cultural identity 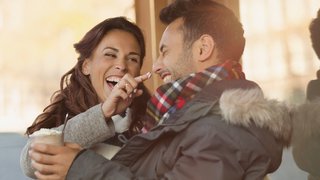 Rhinoplasty: What to expect before and after a ‘nose job’