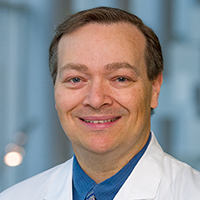 When Kim Ludwig came to see me in June 2014, her condition was serious. A persistent backache had caused her to seek out an orthopaedist, who ordered an MRI. The results showed lesions in her spine, ribs, shoulders, and liver. Further testing revealed her diagnosis: an aggressive bone marrow cancer called multiple myeloma. Kim was stage 3.

Normally, that situation wouldn’t suggest a happy outcome. In fact, from the 1960s until 2000, we had virtually no new treatments to offer patients with this difficult disease of the bone marrow.

But Kim’s brave spirit is remarkable. She is not only surviving cancer, but also the helping her kids cope with their father’s untimely death from pancreatic cancer.

Bone marrow is responsible for producing blood cells and is the ringleader of the body’s immune system. Normal plasma cells are found in the bone marrow. When they become cancerous and grow out of control, they can produce a tumor. When multiple tumors are present, the disease is called multiple myeloma, which can cause low blood counts, bone damage, and kidney problems.

Fortunately, Kim had more options when she came to see us than patients had before. By 2014, we had a multiple myeloma chemotherapy trial that tested what has now become the standard of care for the disease. We recommended a trio of drugs – velcade, revlimib, and dexamethasone – which caused Kim’s cancer to go into near-complete remission.

The next step was her bone marrow transplant. First, we needed to collect some of Kim’s stem cells through a catheter for freezing and using later. Then she received a high dose of chemotherapy to wipe out all of her bone marrow and any residual myeloma cells. The final step was to infuse her stem cells back into her body so she could begin to produce new bone marrow.

To reduce the risk of serious infections, it’s vital to isolate and protect patients both during their hospital stay and their recovery time at home. For Kim, this meant spending about two weeks in the hospital, followed by three months housebound in a sterile environment without visitors.

When cancer strikes both parents

This was not Kim’s first experience with a devastating cancer. Her husband, Mark, was diagnosed with stage 4 pancreatic cancer at age 45 and passed away in 2011. Their son, Jack, was a high school senior at the time. When Kim was diagnosed with multiple myeloma, their daughter, Lindsey, was a high school senior. Family and friends offered vital support that led Kim through the ordeal and into a new life that she enjoys and appreciates each day.

Recently Kim told me, “My goal was to see Lindsey graduate high school. That’s all I thought I’d be able to do, but my doctors convinced me that the cancer was treatable. Lindsey is now a student at Oklahoma University, and Jack is at Texas Tech University. I have a loyal and caring partner, Ken. I’m thankful for my body, my numbers, my kids, my boyfriend, my sister, and my doctors who encouraged me to embrace a successful outcome.”

In Kim’s case, we are monitoring her blood counts with lab tests. In August 2015, her counts began to rise, so we increased the dose of oral chemotherapy she had been taking as maintenance therapy. Her counts dropped, her condition stabilized, and she is now living one day at a time, hoping new discoveries on the horizon will bring a cure.

The relative five-year survival rate for multiple myeloma has, until recently, been 46 percent. Here are three reasons why this is changing for the better:

Our hopes for progress have been confirmed by recent data showing an average survival of more than six years in patients diagnosed from 2006 to 2010. Through continued discovery, we expect to see survivorship increase to eight to 10 years, helping more patients like Kim to lengthen their remission and eventually lead to a cure.

We conduct cancer treatment research year-round. Feel free to reach out to us if you or a loved one is interested in joining one of our cancer clinical trials.

Can uterine fibroids harm my pregnancy?

5 questions patients might be reluctant to ask about radiation therapy 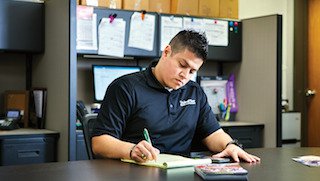 Colorectal Cancer in Young Adults on the Rise 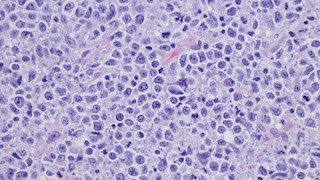 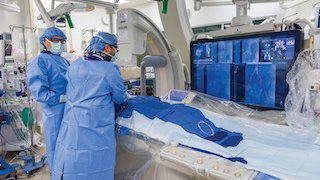