Risks to consider before getting plastic surgery abroad

Due to immense pressure in today’s society to look young, thin, and fresh, a potentially life-threatening trend has emerged: medical tourism. This refers to seeking surgery outside the country for supposedly much less money than a person might pay here in the U.S. But when it comes to cosmetic surgery, this perception is misguided and, in fact, couldn’t be further from the truth.

Clinics abroad market the misperception that patients can have liposuction, abdominoplasty, or excess skin removal (often after bariatric surgery for weight loss) at much cheaper prices than they could in the U.S. And they can stay at a lovely resort on the beach to boot! But the implications of having such procedures done in a tropical paradise can be serious, even life-threatening, and ultimately can cost patients much more money in the long run.

Over the past year, we have cared for multiple patients who had complications from plastic surgery abroad or received inadequate postsurgical care. Several have come in with awful infections such as E. coli or other destructive, often resistant, bacteria. And many have issues with surgical wounds that came apart during their flights or at home. Unfortunately, these patients have no ability for follow-up care following these large and often invasive procedures or because they weren’t given adequate follow-up instructions.

The ‘cheaper’ option might end up costing far more

A July 2017 study published in Plastic and Surgery Reconstructive Surgeryfollowed 42 patients who had received cosmetic surgery abroad. Alarmingly, the average cost of treating complications that arose in this sample of patients was more than $18,000. The study also estimated that the burden for medical tourism to the U.S. health care system in 2012 was $1.33 billion, with Medicaid as the main payer group.

A common misperception highlighted by the study is the inequitable cost of procedures at home versus abroad. A procedure that a patient thinks will cost $25,000 in the U.S. might actually cost in the ballpark of $16,000, for example. This misperception comes down to providers not adequately explaining costs, as well as patients not doing their due diligence before opting for medical tourism. For example, here at UT Southwestern, we include the cost of postsurgery care, which covers their complete recovery, in the total cost of the surgery. Clinics abroad won’t see you again after surgery, which can explain some of the cost differences.

Also, when a patient has a cosmetic procedure here in the U.S., many plastic surgeons offer “cosmetic health insurance.” The patient pays a fee (typically around $150) up front to cover costs in the rare event of a major complication that requires hospitalization and reduces the patient’s out-of-pocket burden in the event of a complication that could incur a bill that might be upward of $50,000.

Cosmetic health insurance typically is not commonly offered abroad because patients are going to be there for just a week. If you come home and have a complication such as a blood clot, your insurance might not cover the resulting $30,000 to $50,000 bill because it was an elective cosmetic procedure that you paid for out of pocket.

The risks of medical tourism for plastic surgery

When you go abroad for surgery, you’re risking more than just finances. Estimates suggest that as many as 15 million U.S. patients seek medical care abroad each year. And those who do are at much higher risk for serious postsurgery complications, such as infections, blood clots, and long-term damage.

There are vastly different standards in other countries for training and accreditation than there are in the United States. What is and isn’t acceptable to take place in the operating room will be different as well. Safety protocols could be deficient or nonexistent, and that is not something you want to risk. You also might encounter bacteria in a foreign country that might be resistant and more challenging to treat because your body has not developed the necessary antibodies.

It’s often impossible for doctors attempting to provide follow-up care to track down exactly what was done, where the surgery was performed, or which doctor did it – often, patients don’t even know the names of their surgeons.

Traveling soon after a big operation can lead to complications as well. Not only can it cause fresh incisions to tear open, but it also can increase the risk of blood clots. For example, if you travel to the Dominican Republic (a popular medical tourism locale), it could take an entire day to get there. This increases your risk of blood clots after surgery due to the sedentary nature of air travel, especially if you book a direct flight after a five- or six-hour surgery.

If you are considering medical tourism for a procedure of your own, please research three key pieces of information first:

What accreditations have the surgeon and the facility achieved? While there are some international accreditations available, most medical tourism clinics are simply doctors’ offices. You’ll likely have no insights into the surgeon’s skill, standards of infection control, or equipment sterilization practices. If the organization can’t provide these to your satisfaction, reconsider trusting it with your health and your money.

How will you get there and back safely? It’s just not safe to travel long distances after you’ve had a cosmetic procedure. While there might be a perceived economic benefit to traveling for a procedure, it’s more likely that you’re putting yourself at higher risk for complications by traveling. And if you’re flying, keep in mind that you’re going to be stuck in a confined space with coughing and sneezing fellow passengers, further increasing your risk.

What will you do to ensure safe recovery once you return to the U.S.? Cosmetic surgeries typically are not one-and-done procedures. You’ll need ongoing care, which likely will not be covered by insurance if it is elective (not medically necessary). You’ll need to plan for these costs and appointments that, if neglected, could lead to life-threatening infections or wound complications. Contact your insurance company to find out what you’ll be required to pay out of pocket before scheduling a surgery abroad.

Rather than risk your health and safety on a perceived cost-savings abroad, schedule a meeting with your doctor and a separate one with a financial adviser. Find out the expected cost of the cosmetic procedure you’re considering, including follow-up care, and weigh your options with your bank. Most patients would be better off taking out a loan for a procedure, even if it has somewhat higher interest, than suffering with a burdensome medical bill if complications arise from a surgery done abroad.

At the end of the day, if something sounds too good to be true, it most likely is. Spare yourself the physical and financial burden, and choose the safer option: surgery closer to home. Request a consultation with one of our plastic surgeons. 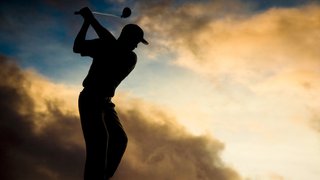 Back and Spine; Prevention 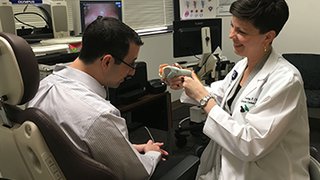 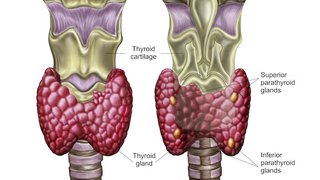 Shining a light on the parathyroid glands – literally 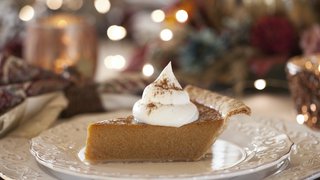 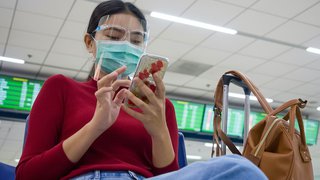 Thanksgiving 2020: Tips for safe holiday travel and gatherings during COVID-19