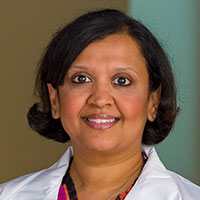 Is it just an upset stomach or something more serious? Most teenage patients come to see us because of gastrointestinal (GI) issues such as abdominal pain.

The transition between carefree summers and the start of the fall semester can be stressful, and academic anxiety can provoke stress-related gastrointestinal symptoms – and exacerbate existing physical disorders, such as inflammatory bowel disease.

Functional and physical conditions often share the same symptoms and can be equally debilitating. Sometimes symptoms resolve once a student gets into a new routine or learns to avoid certain foods. But if symptoms linger and start to affect their daily life, it's time to see the doctor.

Part of my role as a pediatric gastroenterologist is to draw out the root cause of a young patient’s GI issues so we can determine the best treatment. But the first step is for parents to get teens to discuss their symptoms, which can sometimes be a challenge.

How can I get my teen to talk about GI issues?

Many teens are eternally embarrassed. About everything. While they might find bathroom humor funny, it's another scenario entirely when it comes to discussing their own bodily functions.

Parents usually know when something is off with their kids. But demanding answers is a surefire way to get them to shut down instead of getting answers. I've found the best way to approach teens about uncomfortable topics is to treat your conversations like a safe zone rather than an inquisition.

Bring up the symptoms in a knowing but discrete way. For example, if a parent notices their teen gets stomach aches only on school days or holes up in the bathroom for an hour after eating ice cream, approach them like this:

When teens hide their symptoms or refuse help, it’s tough not to get frustrated or emotional as a parent. In these cases, I ask parents to remember what it was like to be a teen. They want to be independent, and many don't like to admit they still need their parents.

It might take several tries, but be patient and calm, and most teens will open up in their own time.

What causes digestive problems in teens?

Teens are under a lot of stress these days – from school, friends, class schedules, and safety concerns. A 2018 survey by the American Psychology Associations found that over half of teens today are anxious about the possibility of a mass shooting at their school, and one in five worry about it often or constantly.

Social media can also be a major contributor to stress and anxiety. According to a 2018 Pew Research Center survey, 95% of teens 13 to 17 in the U.S. have their own smartphone or access to one, and 45% say they're on devices almost constantly. Gone are the days when kids could escape social stress and anxiety when they left school. Now it follows them everywhere.

Teens are also susceptible to many of the same physical conditions that affect adults. Following are some of the more common GI concerns in teens.

Acid reflux: Otherwise known as heartburn, this condition arises when some of the stomach contents splash back up into the esophagus. Long-term acid reflux might be gastroesophageal reflux disease (GERD), which can lead to esophageal damage over time. Symptoms can include burning sensation or pain in the chest and abdomen.

Constipation: Frequent or chronic constipation can be debilitating. It can arise from eating less healthy foods, not getting enough exercise, aversion to public toilets (like at school), or feeling as if they don't have time to go to the bathroom during the day. Symptoms can include hard stools, abdominal pain, and irritability.

Food allergies or intolerance: Parents often think of food allergies in relation to respiratory or skin-related symptoms. However, some food allergy reactions manifest as GI pain, diarrhea, vomiting, and other concerning symptoms.

Inflammation: Often called gastritis, inflammation of the stomach lining can be caused by stress, chronic vomiting, bacterial or viral infections, or excessive alcohol consumption. Some teens also might develop symptoms after taking anti-inflammatory drugs, such as ibuprofen or aspirin. Symptoms can include abdominal pain, bloating, nausea, hiccups, loss of appetite, dark stools, vomiting blood, or hunger pangs at night or between meals.

Peptic ulcers: These open sores in the small intestine are fairly common and can be painful. Bacterial infections (namely H. pylori), certain medications, and smoking can cause ulcers. Symptoms can include weight loss, sudden sharp abdominal pain, vomiting, bloody stools, and dark stools.

How are GI disorders diagnosed?

We start our exam by asking teen GI patients questions to rule out potential diagnoses. For instance, we might ask a young patient with abdominal pain questions like these:

We’ll also take blood and urine samples to check for inflammation, anemia, or a urinary tract infection. Depending on the symptoms, we might order X-rays to get an initial look at the GI tract.

A teen typically won’t need an endoscopy or colonoscopy unless they report red flag symptoms such as blood in the stool, vomiting blood (which can resemble coffee grounds), or unexplained weight loss. However, some families decide that the peace of mind these exams can provide is worth it, especially if the patient has a family history of GI disease.

Once we know whether we're dealing with a functional or physical condition, the treatment paths depend on the condition. We take a team approach to make sure we’re treating the whole patient, not just the initial symptoms.

More than 50 percent of people who will develop depression have their first episode before age 18. Almost 80 percent of people suffering from a mental health condition never reach out for professional help. Dr. Madhukar Trivedi is pushing for depression to be part of routine medical care including annual physicals before the start of school.

How are GI problems in teens treated?

After diagnosis of functional disorders, our GI team works closely with on-staff psychologists who can introduce teens to relaxation techniques such as guided imagery, biofeedback, and other tools to manage emotional stress and physical symptoms.

Most of the physical conditions we've outlined can be managed with medication or diet changes. Severe cases might require surgery to repair or remove affected areas of the GI tract.

Teens with abdominal pain might also benefit from treatment at our Chronic Abdominal Pain Clinic, where they’ll see gastroenterologists, pain management specialists, and psychologists who will collaborate to help them cope and heal.

Some teens with GI issues need reasonable accommodations to discretely and safely manage their condition.

For example, teens with stress-related GI symptoms might need a modified schedule or workload for a while. Starting school 30 minutes later can make a big difference for some patients in relieving social anxiety and feeling rushed or overwhelmed. Others might need a longer adjustment period. For example, I once had a patient who needed to start reintegration to school with a three-hour day and a break in the middle. The student eventually worked up to full days and experienced a significant reduction in symptoms.

Students with physical conditions might require modifications such as unrestricted bathroom passes or the option to participate in online classes when their symptoms are severe. Others might need more personal support, such as dispensing of time-sensitive medication, flexibility to follow a special diet, or access to devices or equipment as necessary to control their condition.

A student’s gastrointestinal problems are not something to take lightly. No matter the cause, the symptoms are very real. However, with a proper diagnosis and personalized care plan, most teens overcome their symptoms and develop the skills to manage their concerns for years to come.

If your teen needs to see a gastroenterologist, call 214-645-8300 or request an appointment online.