What women need to know about heart attack symptoms

Some heart attack symptoms are obvious. Everyone knows what it means when someone clutches his/her chest and drops to the floor.

And women’s heart attacks tend to be more serious than men’s. According to the Women’s Heart Foundation, 42 percent of women who have heart attacks die within one year, compared to 24 percent of men.

It’s vital that women be able to recognize the symptoms of a heart attack so they can seek care immediately and reduce lasting heart damage. Take a moment to review this list of women’s heart attack symptoms, as well as other risk factors of which women need to be cognizant.

The physical sensation of a heart attack can vary greatly from woman to woman. Patients often say their symptoms did not match up with their expectations of what a heart attack “should” feel like.

Heart attack symptoms in women may be vague and can include:

Often, these symptoms appear in women as clusters – more than one of the symptoms occurring together, which can make heart attack an even less obvious cause for their symptoms.

One woman may describe heavy pressure in her chest and nausea during a heart attack; another might feel sharp chest pain and stomach discomfort similar to bad indigestion. And some women may have intense arm pain but no chest discomfort at all, despite it being the most common symptom of a heart attack.

One reason women’s heart attack symptoms can vary so much is that women are more susceptible to different types of heart disease than men, which can lead to heart attacks with different symptoms. Learn about preventing heart disease.

Here’s an example. Plaque buildup can occur in the smallest arteries (too small to see on our usual tests) and reduce blood flow to the heart – a condition called coronary microvascular disease (MVD). MVD can increase your risk for a heart attack, and women are more likely to develop this disease than men, particularly women with lower estrogen levels before menopause. Symptoms of this disease usually feel like a slight squeezing in the chest or shortness of breath. These symptoms often appear during the carrying out of everyday tasks rather than intense physical activity.

Heart attack symptoms among women who have conditions like MVD and diabetes are not always severe or immediately debilitating – but they’re just as serious as the “elephant-on-your-chest” pressure that everyone knows about.

Because heart attack symptoms among women can vary in their type and intensity, many women don’t feel their condition is “bad enough” to go to the emergency room. But no one should ignore heart attack symptoms, no matter how subtle. After two hours without treatment following a heart attack, you’re much more at risk of severe heart damage and death.

At the emergency room, it’s vital that you mention all of the symptoms you have, even if they might not seem related, such as unexplained pain in your extremities. If you experience a cluster of heart attack symptoms and explain only some of them at the hospital, it’s possible the doctor won’t connect the dots that you’re having a heart attack.

Many of my patients are women who haven’t previously had heart troubles in their lives. They’re surprised when I describe subtle heart attack symptoms that sound like what they’ve experienced, especially if they have seen another doctor who didn’t recognize that something was wrong.

As cardiologists, we need to listen carefully when women describe their symptoms and do a better job of matching their subjective experience with the “standard” symptoms of heart attacks. No one should suffer debilitating consequences from a heart attack because she experienced nontraditional symptoms. If you’re concerned about your heart health, request an appointment with a cardiologist. 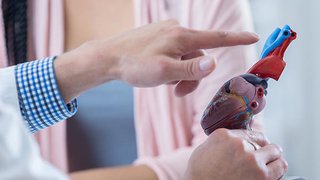