The “acid” in “acid reflux” may not be the direct cause of damage to the esophagus as previously suspected, according to researchers at UT Southwestern Medical Center and the Dallas VA Medical Center.

Gastroesophageal reflux disease (GERD) is an extremely common disorder of the esophagus that affects 20 percent of U.S. adults. In severe cases, it can lead to bleeding ulcers in the esophagus and can be associated with a dangerous condition called Barrett’s esophagus, which can lead to esophageal cancer.

For more than 80 years, it has been assumed that stomach acid backing up through the esophagus damaged the esophagus lining by causing chemical burns, but the new research suggests that the damage in patients with GERD actually occurs through an inflammatory response prompted by the secretion of proteins called cytokines.

Lead investigators Stuart Spechler, M.D., and Rhonda Souza, M.D., both Professors of Internal Medicine at UT Southwestern and Co-directors of the Esophageal Diseases Center at the Dallas VA Medical Center, site of the research, said the findings could eventually lead to better treatments.

“Although this radical change in the concept of how acid reflux damages the esophagus of GERD patients will not change our approach to its treatment with acid-suppressing medications in the near future, it could have substantial long-term implications,” says Dr. Spechler, who is also Chief of the VA’s Department of Gastroenterology.

Dr. Souza adds that, given the team’s findings, “Someday, we might treat GERD with medications that target the cytokines or inflammatory cells that really cause the damage to the esophagus.” 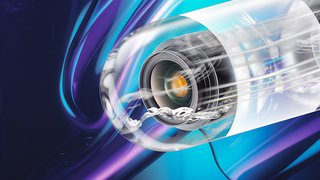