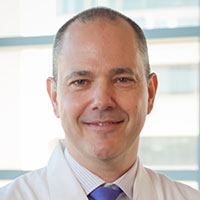 Think about the last person you met. What was the first thing you noticed about them? Chances are, it was a detail of their face – how their eyes danced or the way they smiled.

Facial expressions are a significant factor in how others form first impressions of us. Right or wrong, we develop snap judgments of people based on their eyes, smile, and face shape within 100 milliseconds of seeing them – much faster than the blink of an eye.

So, when a person's face doesn't move the way it should, the social and professional effects can be devastating. What's more, people with this affliction often have trouble with physical functions that most of us take for granted, such as blinking, chewing, speaking, or breathing comfortably.

Loss of facial muscle function is known as facial paralysis. This may be the end result from a range of conditions such as Bell's palsy, birth defects, surgeries to remove tumors in the face or brain, trauma, or strokes that damage the nerves and subsequently the muscles of the face.

Many patients recover on their own from facial paralysis, but if motion is not seen in the first 3 months after the injury, a timely consultation is important. Often, simple follow-up is needed, and patients recover. If at six months little to no motion is observed, intervention is usually necessary to regain function and avoid permanent damage.

Unfortunately, too many patients with facial paralysis are told there is nothing that can be done. Or a consultation is unnecessarily delayed in the hope that they regain function on their own. The earlier we see a patient, the more facial reanimation options they have – and the better their chances of a successful outcome.

I am the director of the Facial Paralysis Clinic at UT Southwestern. We are one of few centers in the U.S. that can perform advanced procedures to help restore patients' facial function, performing them on a regular basis. Through a team approach involving Plastic Surgery, Neuro-otology, Neurosurgery, and corneal eye specialists, we help patients regain physical function and restore their confidence to flourish in social and professional environments.

I have been privileged to witness and be part of the journeys of many patients with facial paralysis over the years. One of them is Susan Martin, who beat head and neck cancer, but unfortunately lost function of her right face. She is an amazing individual with a story of hope, perseverance, and relentless courage.

Susan's journey was a bit more difficult than that of most patients with her condition. She is an inspiration to others and is always willing to speak with patients in similar situations and help them through their journey.

Here, in her own words, is Susan’s story:

From cancer survivor to living with paralysis

A million things run through your mind when you receive a cancer diagnosis, but the possibility of losing motion and function in your face is not one of them.

In 2001, I learned I had acinic cell carcinoma, a type of salivary gland cancer. It was removed by a community doctor, and I didn't have to have radiation therapy.

Ten years later, the tumor returned. As I prepared for my second cancer surgery, I remember the doctor saying something about hoping they could avoid my facial nerve during the procedure.

The doctor mentioned it somewhat offhandedly, so I didn’t think much about it or ask any questions. Unfortunately, recovery from this procedure would look much, much different.

When I awoke from surgery, the right side of my face was paralyzed. I had no function from my forehead down. The surgeon told me that I might eventually get some movement back. They were uncertain how much or when. This time, I also underwent radiation therapy.

So began a strange and pivotal time in my life. While I was glad to be cancer-free, I didn't feel like myself. All my life, people had told me I had a great smile. But now I couldn't smile. Or chew food. Or even blink.

I tried to be patient. I drank all my meals through a straw and kept working from home. But I didn't socialize or volunteer as much as before. People don't mean any harm, but they can't help looking at you differently or assuming you are grumpy if you can't smile.

After eight months with no improvement, I began to research facial paralysis treatment options. That's when I found Dr. Rozen, whom I believe was some sort of divine intervention.

Giving me back my smile

The first time we met, I knew Dr. Rozen was special. It was about four months after I completed radiation. One of the first things he said to me was, “Tell me the top five things you want out of your facial reanimation journey.” I immediately answered, “I want to smile.”

But before we could get to my smile, Dr. Rozen recommended we address a more pressing problem – saving the vision in my right eye.

Procedure 1: The eyes have it

Because I wasn’t able to blink, I was at risk of cornea damage due to dryness in my right eye. Dr. Rozen performed a dual-purpose procedure. He implanted a small gold weight in my upper eyelid to assist it in closing and gently raised my right eyebrow to make it even with the left and help me see. What a big difference a matter of a few centimeters made!

Procedures 2 and 3: Signs of movement

The next surgery involved transplanting a muscle from my leg to my face – a meticulous procedure that took nine hours. The goal was to animate the tissue so I could move it again.

Six months came and went with no change. But Dr. Rozen and I didn’t give up. He suggested we could try again with muscle from the other thigh. It was my choice, he said. If I didn’t want to go through another surgery, he would understand. I didn’t hesitate. I wanted to smile again.

When I woke up from the third procedure, I learned the team had found suspicious tissue, which was sent to pathology. I was terrified the cancer was back.

Over the weekend, Dr. Rozen assembled the pathology team to look at the samples. He called me at home to tell me the good news: It wasn’t cancer, but rather tissue changes that can be seen after radiation therapy. I was surprised he didn’t lose his hearing from my screams of joy!

Within three months of the third surgery, my new muscle began to contract. We were on our way! From there, we began to refine the little features of the right side of my face, such as the corner of my mouth and my eyebrow. He even made it easier to breathe through my right nostril.

It’s been a year since the last of my five facial surgeries. While it’s been a long journey, I’m so grateful to Dr. Rozen and the UT Southwestern team. If it wasn’t for them, I wouldn’t have my smile back.

I’ve had the privilege of speaking to other people who are going through a journey similar to mine. They often ask questions such as, “How will I brush my teeth if I can't even spit out the toothpaste?”

Most people don’t think twice about performing daily life functions such as this. But if you have facial paralysis, these simple motions are difficult. I tell them you may not be able to spit right away, but I can spit now!

After the tumor removal and radiation, I never stopped doing anything I had been doing. I kept working and engaging with people during all stages of my journey. It was eye-opening to see how people responded, which was a key learning point for me. You have to find a way to see yourself whole again.

Above all else, I remind them to be kind to themselves. I’ve talked with people who think they can't possibly get through the surgeries and the recovery process. I tell them, “Oh, yes you can. You have family and people who love you. And one day you’re going to wake up, look in the mirror and think, ‘I’m back!’ ”

The Long Road to Recovery

Susan recalls how she felt when she realized the right side of her face was paralyzed: "I was glad to be cancer-free, but I didn't feel like myself. All my life, people had told me I had a great smile. But at the time, I couldn't smile. Or properly chew food. Or even blink."

Time matters when it comes to facial paralysis

Susan is experiencing great outcomes. But her journey to get to this point could perhaps have come sooner and easier.

Too many patients are told they should wait for their function to return on its own or that nothing can be done. Many patients – and even some doctors – believe that nerves cannot be recovered or repaired. This just isn’t true.

It is very possible to repair or replace damaged facial nerves or muscles to restore lost function. See our case studies.

However, time is a major factor. There is window in which we may be able to repair a damaged nerve with one or just a few advanced microsurgeries.

For example, we could transfer a close by nerve to potentially restore facial function. Or we could "bridge" the injured portion of the nerve with a transplanted segment of a healthy one. The healthy nerve then serves as a track along which nerve fibers can travel, reach the muscles of the face, and stimulate motion.

However, as time goes by without treatment, the muscle tissue weakens and eventually dies. In these situations, as was Susan’s, we would have to transplant a muscle with its nerve and blood vessels. This usually requires additional procedures that are more complex and may carry less potential for restoring fuller function of the face.

Dr. Rozen and fellow surgeons at UT Southwestern have developed a cutting-edge technique that provides patients who have suffered facial paralysis the ability to close their eyes. The surgery, which reinnervates the muscles around the eye, is featured in the March 2020 edition of Plastic and Reconstructive Surgery.

Patients who don’t see any improvement after six months likely will not fully recover on their own. This does not mean they won’t see any future improvement, but it is advised to consult with us early on so we can decide together on the approach we choose.

Many patients I see early on don’t need me since we do see recovery, and sometimes only minimal interventions are needed. Nothing makes me happier. But it is those patients who do not recover on their own that benefit from early intervention.

If a provider suggests waiting to see if your facial function returns on its own after six months without any recovery, please get an additional opinion from a facial paralysis expert. An experienced facial paralysis surgeon will listen and evaluate your progress with you.

And if you need intervention, you will have already created a relationship with your surgeon, gained a better understanding of your condition, and become a strong partner in your success. 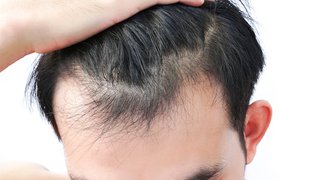