Having heavy periods can be a dreadful experience for preteen girls and young women, from feeling embarrassed for needing multiple bathroom breaks to experiencing frustration when leakage ruins a favorite pair of jeans, to name just two uncomfortable situations. In fact, excessive bleeding can impact young women’s lives on multiple fronts, affecting their academic performance, social interactions, ability to play sports, and more.

However, the most pressing concern is that when young women seek medical help for heavy periods, too many doctors brush the symptoms aside as normal during adolescence (it’s not normal) or misdiagnose it as a hormonal imbalance (too much estrogen or not enough progesterone). Doctors often treat teen girls with hormone birth control pills and send them on their way, neglecting to test these patients for underlying conditions that also can cause heavy bleeding.

We founded the Young Women’s Blood Disorders (YWBD) Program to properly diagnose and treat young women with heavy periods and related symptoms. Our doctors are experts in adolescent gynecology and blood disorders, and we discuss and investigate our patients’ symptoms to parse out potentially serious underlying conditions that can lead to long-term consequences. In fact, of the young women we see, we diagnose about 30 percent with a previously undiagnosed bleeding disorder.

Unlike most other medical centers, we have Ob/Gyns, adolescent medicine doctors, and hematologists, all in our department. As a result, young women until the age of 21 can get all the care they need under one roof without having to be referred from one program or hospital to another.

The three most common blood disorders we see in young women with heavy periods are:

To properly identify the cause of heavy bleeding, we have in-depth conversations with patients about family history, because many of the bleeding disorders have a genetic component to them. If we feel that a patient might have a bleeding disorder, we do further testing to make an accurate diagnosis and treatment plan.

Over time, excessive blood loss can lead to iron-deficiency anemia, a condition in which blood lacks healthy red blood cells that carry oxygen to tissues throughout the body.

Treatment for blood disorders varies depending on the type and severity of the disorder. In some cases, women take iron supplementation to replenish the iron in their body lost from excessive bleeding; in others, women may receive intravenous iron or a blood transfusion in which they receive blood from a donor to replace lost blood.

If we find that a hormonal imbalance is causing a patient’s heavy periods, hormones often are effective. The most common types include:

When we diagnose a young woman with a blood disorder, we have other tricks up our sleeves to control her periods better, such as allowing her to have a period only four times a year using hormones to prevent anemia or using non-hormonal options for additional protection. We also work with dentists and surgeons to make plans for dental procedures and surgeries so patients do not experience unnecessary bleeding.

Additionally, some women with heavy periods receive psychiatric care because mental health problems such as anxiety and depression can arise while experiencing symptoms. In this case, a hematologist, Ob/Gyn, or adolescent doctor will refer patients to a psychologist or psychiatrist.

Many young women suffer through heavy periods not realizing they could be a sign of something more serious. Our goal is to help these patients optimize their health and regain a higher quality of life by getting the appropriate diagnosis and treatment from experts who know the symptoms to look for.

To find out whether you or a loved one might benefit from the Young Women’s Blood Disorders Program, call 214-645-8300 or request an appointment online. 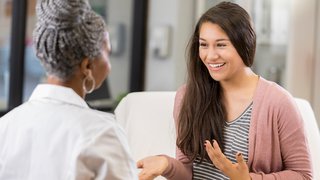 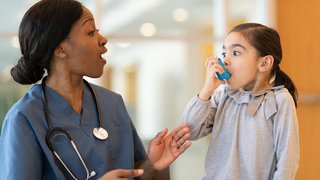 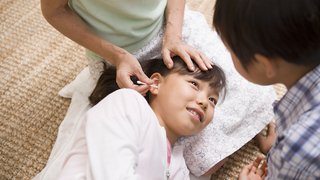