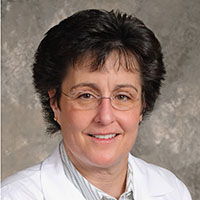 It’s a common complaint we see in primary care. A patient will come in complaining of “a cough that just won’t go away” despite use of every over-the-counter remedy. Lingering cough is a frustrating symptom that can affect sleep, work, and social or recreational activities.

Cough-variant asthma is difficult to diagnose because a physical exam, chest X-ray, and breathing tests can all be normal.

Can a person develop asthma over time after being diagnosed with cough-variant asthma? Absolutely! The two diagnoses are not mutually exclusive. Treatment for cough-variant asthma typically includes the same medications used for traditional asthma, and symptoms generally improve over the course of six to eight weeks.

About 20 percent of the U.S. population develops GERD, and it is often the source of chronic cough. GERD involves many factors. Two common theories of how the disease causes chronic cough are the reflux theory and the reflex theory.

Reflux theory is based on the notion that the cough is protective: Small droplets of acid or food particles from the stomach are aspirated into the larynx and/or upper airway, provoking cough as a defensive mechanism to expel the droplets and protect the airway against caustic injury.

Reflex theory originates from the embryonic stage of development of the digestive and respiratory tracts. Due to close proximity, there is a nerve-mediated reflex of stomach acid into the esophagus that triggers bronchospasm and airway inflammation resulting in a cough.

These two theories are not mutually exclusive. Some studies have found that coughing in and of itself can lead to reflux, which then leads to chronic coughing. While classic reflux is generally associated with symptoms such as heartburn and regurgitation, non-classic reflux symptoms can also occur and include a sensation of food sticking in throat, hoarseness, chronic cough, and wheezing. The good thing is that treatment with medication that suppresses acid secretion in the stomach usually resolves symptoms fairly quickly.

Rhinitis is caused by inflammation, irritation, and swelling of nasal mucosa and, in addition to causing chronic coughing, manifests as a runny nose and nasal stuffiness. There are two broad classifications of rhinitis, allergic and non-allergic, but symptoms and causes often overlap, making diagnosis challenging.

Acute Viral Rhinitis is a result of infection with a common cold virus. Up to 25 percent of people will experience a persistent cough after an upper respiratory illness (URI). Even though post-URI coughs are more common in the winter months, they can occur in any season. Adults commonly experience two to five bouts per year, children 7-10 bouts per year. These bouts are the sole reason for 30 million outpatient primary care appointments annually. The exact mechanism responsible for chronic cough is unclear, but it is theorized that persistent inflammation and compromised upper and lower airway tissue integrity is responsible. Secretions drain from our upper airways down the back of our throats, triggering the cough reflex.

Chronic rhinitis is caused by inflammation, viral infections, low humidity, medications, and airborne irritants and typically lasts month or years. Nerve endings in the nose are hypersensitive to triggers, and chronic rhinitis is a similar process to the lungs’ reaction in asthma. While very rare, chronic rhinitis can also occur in association with several histological diseases characterized by formation of inflammatory lesions called granulomas and might involve destruction of soft tissue, cartilage, and bone. This kind of rhinitis is best handled by a medical specialist because diagnosis and treatment can involve specialty treatments, biopsy, and sometimes even surgery.

Atrophic rhinitis, also called “empty nose syndrome,” involves the thinning and hardening of the mucus membranes, resulting in the widening and drying of the nasal passages. The cells normally found in the nose’s mucus membranes (which have hairlike projections to remove dirt and other particles) are replaced by cells normally found in the skin, which are less effective. Causes of atrophic rhinitis include multiple sinus surgeries and prolonged bacterial infections. Complications include:

Vasomotor rhinitis comes and goes and is thought to be caused by a variety of neural and vascular triggers. Symptoms include nasal stuffiness, sneezing, and a runny nose, which are not related to allergies but rather to the nose reacting strongly to irritants, perfumes, pollution, exercise, emotions, or spicy food. Treatment of vasomotor rhinitis is usually trial and error and is not always satisfactory for the patient. If inflammation is not severe, treatment is aimed at symptom relief, avoidance of smoke and irritants, and, in some cases, use of humidified air. Inhaled corticosteroid and antihistamines can sometimes provide relief, but decongestant nasal sprays should never be used.

Treatment for lingering cough is often trial and error, sometimes taking weeks to months of trying one intervention after another or combining interventions. Diagnosis can be challenging, and it is not uncommon for patients to see both an ENT and a pulmonologist for evaluation because causes for cough can be found anywhere from the nose to the lungs.

Remember: Chronic cough should always be evaluated by a medical professional. If you feel you have a chronic cough, speak with your primary physician. To make an appointment with one our of specialists, please call 214-645-8300 or request an appointment online.

Shining a light on the parathyroid glands – literally

Thanksgiving 2020: Tips for safe holiday travel and gatherings during COVID-19