Should you eat less sodium? The answer is – it depends 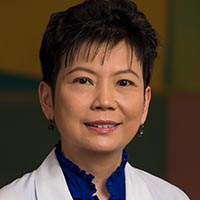 For years, doctors, scientists, and researchers have debated Americans’ love affair with sodium. How much is safe for our hearts? Who should go on a low-sodium diet? Why does sodium affect some people more than others?

A February 2016 Washington Post article cited both sides of the controversy: “Our hearts are fine, really,” versus “We’re killing ourselves with salt.” Meanwhile, a May 2016 report in the Journal of the American Medical Association linked sodium, kidney disease, and future heart disease risk.

So, what are people supposed to believe when a doctor on one side of Dallas recommends a low-sodium diet while another doctor across the Metroplex says there’s no reason to cut back?

I’m a hypertension specialist, which means I see patients whose high blood pressure can’t be controlled by interventions from internists or general practitioners. I can tell you two things, hands down:

Sodium intake is not one-size-fits-all

All of us need some sodium in our diets to survive. However, it’s a balancing act between what we need, what we want, and pre-existing conditions.

For people who don’t have heart disease and have normal blood pressure, we recommend capping daily sodium intake at 2,300 milligrams. The vast majority of us will benefit from reducing our daily salt intake, even if our hearts are healthy right now.

However, it’s difficult to control our sodium intake when we’re oblivious to how much sodium we’re actually eating. Shockingly, Americans eat 50 percent more sodium than we're supposed to every day. On average, 75 percent of our daily sodium intake comes from processed foods and drinks, such as lunch meat, bacon, sausage, sports drinks, soda, and even bread. Even the expensive, multigrain varieties can contain as much as 350 mg of sodium per slice!

In June 2016, the Food and Drug Administration released a statement pressing food manufacturers to decrease the amount of sodium added to processed foods. The goal is to help protect our hearts and save an estimated $100 billion in health care costs just by decreasing American consumption of sodium by 40 percent. In the meantime, we can do our part by paying close attention to the amount of sodium we consume daily and choosing fresh fruits, vegetables, and meats over processed foods whenever possible.

Generally, I recommend a low-sodium diet for the 30 to 40 percent of my patients who have resistant hypertension – high blood pressure that can’t be controlled with three or more medications, including diuretics. We consider a low-sodium diet to include no more than 1,500 mg of sodium per day.

Use technology to track your sodium intake

We always tell patients on low-sodium diets to check their food labels and monitor their daily sodium intake. A neat way we do this in the clinic – and a simple option people can use at home – is to use a smartphone app. Apps that originally were designed to track calories are useful for figuring out how much sodium is in your favorite snacks, fast foods, and restaurant meals.

People often are surprised at how much sodium is in their favorite foods. Here are just a few I looked up for patients in May 2016:

The apps don’t typically include items from mom-and-pop stores, but they’re great for determining the amount of sodium in brand name, franchise, or restaurant foods and drinks. Many chain restaurants also offer online tools for patrons to check the nutrition facts of their favorite foods, including the sodium content.

When it comes to nutrition, anything that’s too much or too little is never good. Sodium recommendations certainly should not be the same for everyone.

If you need help getting started on a low-sodium diet, or if you’re having trouble controlling your blood pressure, request an appointment or call us at 214-645-8300.

An avocado a day is good for your heart health

Why belly fat is dangerous and how to control it