Gynecologists at UT Southwestern Medical Center provide expert care for women with uterine fibroids and other conditions that cause heavy bleeding and painful periods. From medications to minimally invasive procedures to surgery, we deliver the services patients need to achieve their best health.

Uterine fibroids, a common condition also called myomas or leiomyomas, are noncancerous (benign) growths in or on the uterus. Fibroids almost never develop into uterine cancer, nor do they increase the risk of cancer, but they can affect women’s quality of life. They can range in size from microscopically small to large masses weighing several pounds that enlarge the uterus.

Uterine fibroids share some common symptoms with uterine polyps, but the two types of growths differ in several ways:

Our highly skilled gynecologists are at the forefront of research on treatment methods for uterine fibroids. We bring the latest research findings directly to our patients to help relieve their symptoms and improve their overall health.

Fibroids can be categorized based on their location, such as:

The exact cause of fibroids is unknown, but certain factors might play a role in their development. These include:

Many women have one or more fibroids during their lifetime, but they might not realize it because fibroids don’t always produce symptoms. When symptoms do occur, they can include:

Our experienced gynecologists evaluate symptoms to diagnose fibroids and rule out other conditions with similar symptoms. We begin with a thorough evaluation that includes a:

To confirm a diagnosis, we might recommend one or more additional tests, such as:

At UT Southwestern, we offer all available treatment options for uterine fibroids. Using the information from our evaluation, we develop treatment recommendations based on the:

Our nonsurgical treatment options include:

Watchful waiting: Women who have small fibroids, do not have symptoms, or are near menopause might not need treatment.

Prescription medications: Medications can regulate menstrual cycles and relieve symptoms such as heavy bleeding, pressure, and cramps. Some types of medications might also shrink fibroids but cannot eliminate them. Medication options include:

MRI-guided focused ultrasound surgery: This noninvasive procedure takes place inside an MRI scanner to provide the location of the fibroids. The doctor uses an ultrasound transducer device to focus sound waves into the fibroids to destroy small areas of tissue. (While previously offered through clinical studies at UTSW, we do not currently offer this procedure.)

For women who have larger fibroids or worsening symptoms, our gynecologists specialize in minimally invasive gynecologic surgery, such as:

We coordinate care with our interventional radiologists for uterine artery embolization, a catheterization procedure. The doctor accesses the artery that feeds the fibroid using a catheter (long, narrow, flexible tube). The doctor then injects embolic agents (tiny particles) through the catheter to cut off the fibroid’s blood supply, causing it to shrink.

If other treatments have not been successful, or for women with very large fibroids, we offer traditional surgery that uses one large incision to access the uterus:

Search for opportunities to participate in a women’s health research study. 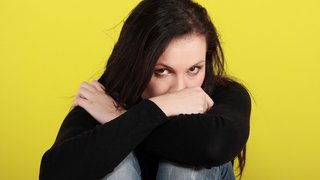 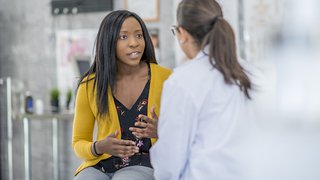 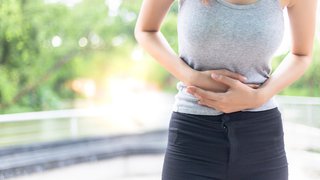 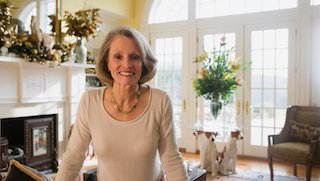 Bleeding after menopause: It’s not normal