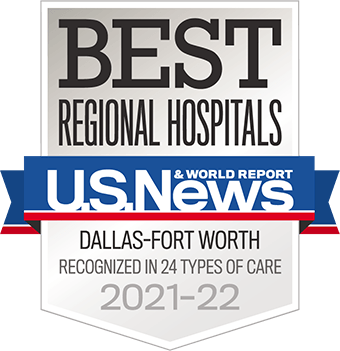 Gov. William Perry “Bill” Clements, who died in 2011 at the age of 94, was a champion of Texas education and a legendary supporter of UT Southwestern Medical Center. His philanthropic spirit and commitment to advancing scientific discovery and innovation had a transformative impact on the Medical Center.

When he made his $100 million contribution, Gov. Clements said his goal in supporting UT Southwestern was to “help encourage and advance scientific discovery and innovation, prepare the next generation of physicians for Texas and the nation, and ensure the delivery of world-class medical care, which I believe uniquely happens at this academic medical center, already recognized as one of the top institutions in this country.”

A Career of Excellence

Gov. Clements had a long, distinguished career, which included serving as Deputy Secretary of Defense from 1973 to 1977 under Presidents Richard Nixon and Gerald Ford.

In 1979, he made history by becoming Texas’ first Republican governor since Reconstruction. He served two terms as Texas governor, from 1979 to 1983 and from 1987 to 1991, making him the longest-serving governor in state history at the time. He also was an honorary trustee of Southwestern Medical Foundation.

Before going into politics, Gov. Clements achieved major success as an oil drilling contractor. He founded SEDCO in 1947, which grew to become the world’s largest oil and gas drilling contracting company, merging with Schlumberger Limited in 1984. He retired as Chairman in 1985.

In retirement, Gov. Clements raised cattle and was an avid Texas history enthusiast, with a personal library of more than 8,300 volumes, most of which focus on the history of Texas and the Southwest.